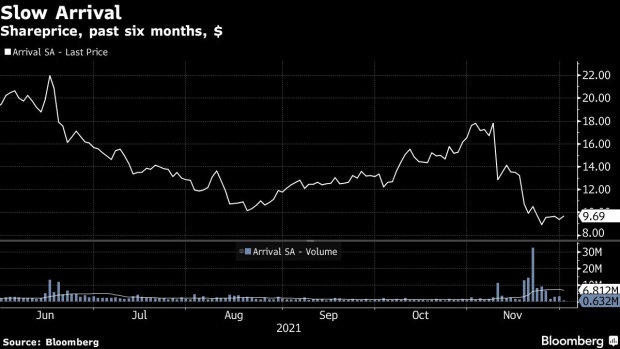 “We’re on there and we try to engage the community. I think this is just the norm now,” Rugoobur said in an interview with Bloomberg at the Slush conference in Helsinki on Wednesday.

The company gained attention on Reddit’s stock market forums after it debuted on the Nasdaq in March via a merger with a blank-check company. Arrival is developing buses and vans, manufacturing them in so-called microfactories.

Such investors on newer technology platforms are “just as engaged and involved in your company as the large traditional investors” but “it’s not just about following a trend because then there’s real people that can lose real money,” he said. “That educational piece needs to happen and that’s why we’re on there.”