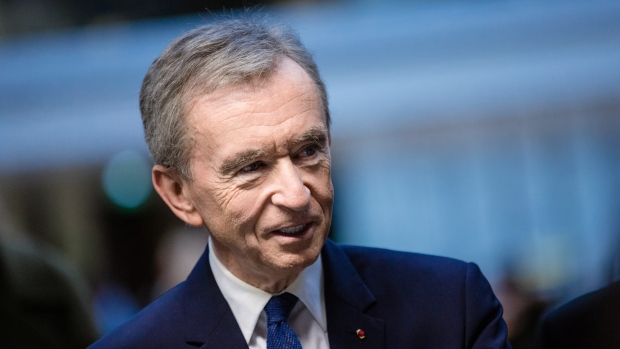 LVMH Chairman Bernard Arnault had some critical words for teenage environmental activist Greta Thunberg when he spoke at the luxury giant’s sustainability event in Paris.

The remarks from Arnault, 70, came two days after the 16-year-old Thunberg scolded heads of state at a United Nations summit in New York for doing too little to fight global warming. “We are at the beginning of a mass extinction and all you can talk about is money and fairy tales of endless economic growth,” Thunberg said.

Arnault pointed out that recent decades of economic growth had lifted many people from poverty and improved health around the world. “If we don’t want to go backwards, we still need growth.”

He said he preferred actions like those taken by the latest generation of entrepreneurs to integrate environmental concerns into their business plans.

Arnault made his remarks at a press conference about his company’s efforts to reduce its environmental impact and impose stricter controls on its suppliers. The company said in a statement that it was on track to achieve its 2020 goal of reducing carbon emissions in its own operations by 25 per cent compared to 2013, despite increasing sales rapidly during the period.

A day earlier, luxury rival Kering said it would become completely carbon neutral, offsetting all emissions including those from its supply chain through means such as financial support for reforestation projects.