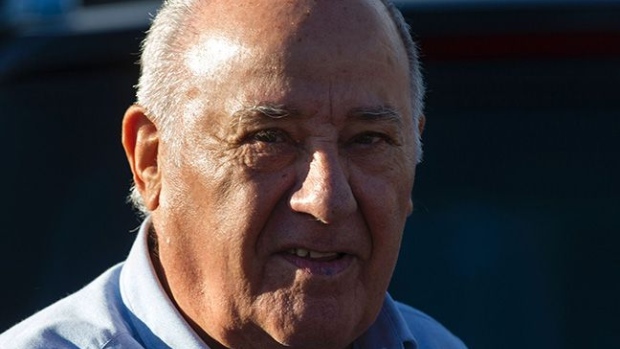 After making a fortune in clothing, Amancio Ortega turned his attention to real estate.

The Spanish billionaire’s property holdings have soared to 15.2 billion euros (US$17.2 billion), his firm revealed Tuesday for the first time, giving him the largest real estate portfolio among Europe’s super-rich.

Ortega, Spain’s richest man, has diversified his fashion fortune to preserve his sizable wealth, investing more than US$3 billion in U.S. real estate in recent years.

As well as being landlord to tech giants such as Amazon.com Inc. and Facebook Inc., Pontegadea also counts Inditex rivals Hennes & Mauritz AB and Gap Inc. as tenants.

The son of a railroad worker, Ortega has a net worth of US$58.5 billion, according to the Bloomberg Billionaires Index, the bulk of which comes from his majority stake in Inditex. His fortune has slumped more than a fifth this year in the wake of the coronavirus pandemic, which has forced Inditex to close stores. The company’s shares fell 22 per cent this year through Monday.

Aside from real estate, Ortega has also invested in energy and telecommunications, buying a five per cent stake in Enagas last year. In 2018, Pontegadea acquired a 9.99 per cent stake in Telefonica SA’s tower unit for 378.8 million euros.

Pontegadea said the COVID-19 crisis may affect its income from rents and dividends this year. It expects to receive 646 million euros in dividends from Inditex in 2020.

--With assistance from Ben Stupples.