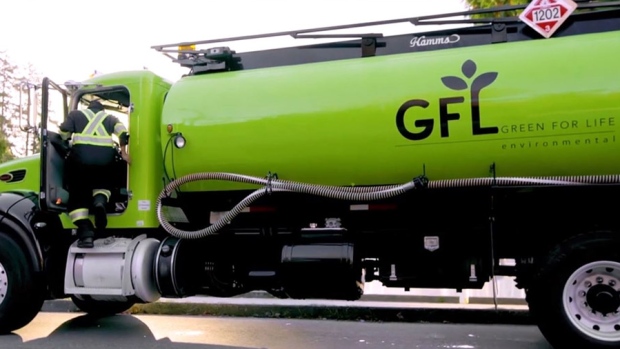 GFL Environmental Inc., North America’s fourth-biggest waste hauler, filed for an initial public offering that would be the largest in Canada in about five years.

The sale would aim to raise about US$1.5 billion and value the company at about US$15 billion, said a person familiar with the matter. Marketing will start in September, and the listing will be on the Toronto Stock Exchange and a yet-to-be-decided U.S. exchange, said the person, who asked not to be identified because the information isn’t public. All proceeds will go to the company’s treasury and be used to fund future growth, the person said.

GFL has facilities across Canada and in 23 U.S. states, serving 4 million homes. The company, which has more than 9,500 employees and 135,000 business customers, provides services including solid-waste hauling, soil remediation and liquid-waste management.

A US$1.5 billion IPO would be the biggest in Canada since PrairieSky Royalty Ltd.’s US$1.53 billion offering in 2014, according to data compiled by Bloomberg. The transaction also would be by far the largest announced in Canada this year, topping Mercer Park Brand Acquisition’s US$402.5 million offering announced in April, according to Bloomberg data.

The number of shares to be offered and the price range haven’t been determined, Vaughan, Ontario-based GFL said in a statement Friday.

The GFL IPO is being led by banks including Royal Bank of Canada, Bank of Nova Scotia, Bank of Montreal, JPMorgan Chase & Co. and Goldman Sachs Group Inc.