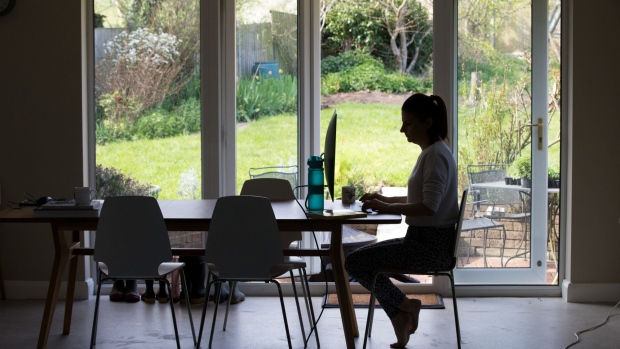 A new survey says nearly half of Canadians are renovating their homes or are planning to do so in the near future – and most of them are doing it out of their own pockets. Twenty-seven per cent of respondents said they renovated their homes during the pandemic and another 20 per cent said they are planning to do so. And while there has been a lot of concern about the debt loads homeowners have been taking on lately, the BNN Bloomberg and RATESDOTCA survey found that 59 per cent of respondents are funding their renovations with their own savings.

A majority of Canadians are planning on continuing to spend less and save more than they did pre-pandemic, according to a new survey, but many noted they are concerned that inflation and the rising cost of housing could prevent them from doing so. Sixty-three per cent of respondents to a Scotiabank survey said they don’t plan on spending the way they did before the pandemic and 55 per cent are concerned they won’t be able to save the way they did during the pandemic.

4 ways to sustain savings habits from the pandemic

Many people spent less money over the last year and half amid restrictions brought on by the COVID-19 pandemic. If you were able to save some cash, you’ve set yourself up to withstand future financial crises, especially if you can continue saving, Margarette Burnette of Nerdwallet writes. Here are four pandemic-drive saving habits to keep your bank balance growing.

A survey commissioned by Cisco suggests more managers need to lead by example, since nearly half of Canadian workers are worried they will be viewed less favourably and lose out on promotion opportunities if they work under a hybrid work model. At the same time, 77 per cent of respondents to the survey said flexibility is a key factor that will be part of their ultimate decision to stay with or leave a company.

“During hyper-competitive landscapes like today’s market, forgoing home inspections has become a common and worrisome trend,” Alan Carson, CEO of Canada’s leading home inspection agency Carson Dunlop, said. He added that “home-sellers are getting used to something that might not last in the future: blind offers without inspections.”  Carson believes this trend is something that should be mandated against from a regulation and government perspective, without the onus falling on sellers or buyers.

As home prices climb to new heights across the country, data from CIBC found that parents are now giving more than ever to help their children buy their first home. Deputy Chief Economist at CIBC Benjamin Tal estimates that among the nearly one-third of first-time homebuyers who turn to the so-called Bank of Mom and Dad, a record $82,000 is currently being gifted on average, compared with $52,000 in 2015.

“You can't underestimate the real savings that remote working is creating for people. I spent $10 on my GO Train ticket, two coffees for $5 a piece, and grabbed a beer after work, and not doing that at home, that saving is still very real.'' – D'Arcy McDonald, Scotiabank's senior vice president of day-to-day banking