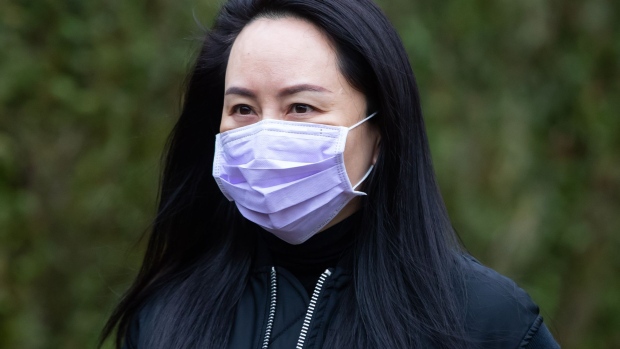 U.S. authorities allege she misled banks into handling transactions that violated sanctions, while Meng has said records would show that lenders were aware of the company’s connections to Iran-linked Skycom Tech Co.

Media representatives at HSBC and Huawei declined to comment.

A U.K. court earlier this month denied a similar request for documents by Meng, ruling that it didn’t have jurisdiction to make an order.

The documents requested in Hong Kong include those in connection with the evaluation of compliance, sanctions, credit or reputational risk posed by Huawei Technologies, Skycom or Canicula Holdings between late 2012 and April 2015, according to the filing.

A document that was sought in the London case was a Powerpoint presentation Meng gave to the bank in 2013. Prosecutors say it misled HSBC by denying that Huawei had ownership and control of Skycom, thus exposing the bank to sanctions, according to court filings. Meng says the Powerpoint was truthful and denies wrongdoing. Her extradition hearings are scheduled to start in March.