Levi Strauss & Co. shares reached their highest ever since going public after the denim maker projected a sales boost in the first half of the year. The company joins a group of retailers that expect shoppers to spend more freely as 2021 progresses.

The shares rose as much as 9 per cent to US$27.30 in New York trading on Friday. The stock is now more than 50 per cent above the US$17-per-share level of its March 2019 initial public offering.

The San Francisco-based company said yesterday it sees net revenue increasing 24 per cent to 25 per cent in the first half of fiscal 2021 compared with the same period a year ago -- an improvement from the previous guidance of 18 per cent to 20 per cent. Adjusted earnings will be 41 cents to 42 cents a share for the first two quarters this year, which topped analysts’ estimates. 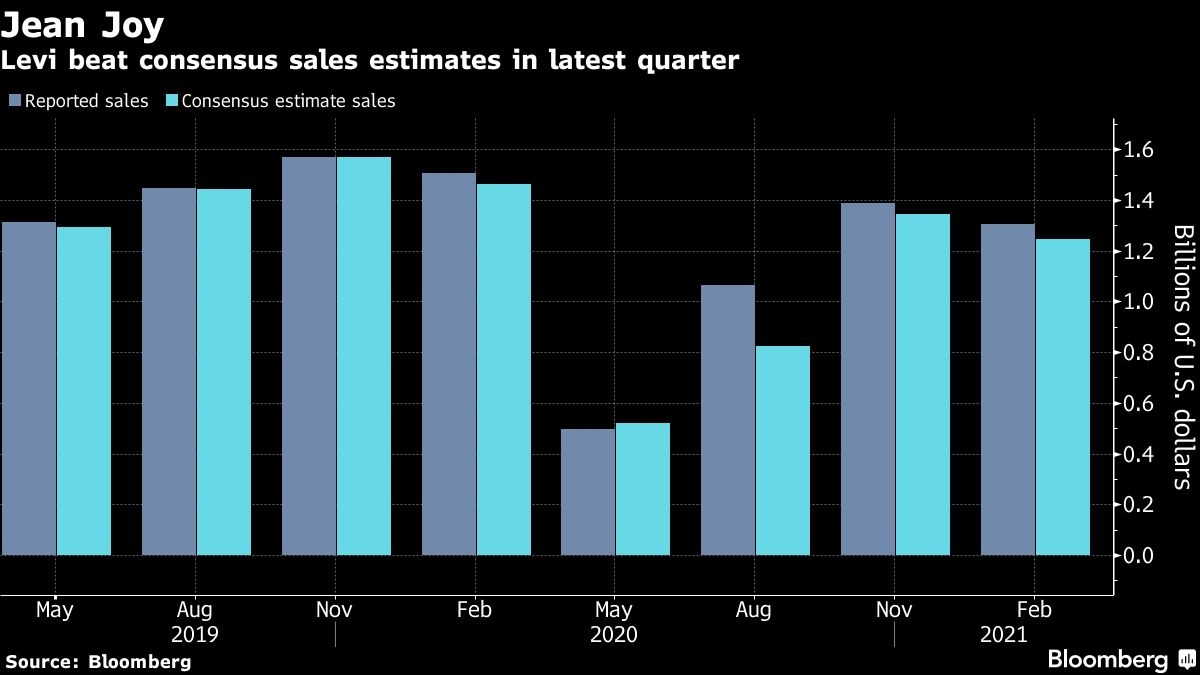 “The guidance was largely driven by faster recovery,” Harmit Singh, Levi’s chief financial officer, said in a Bloomberg TV interview. He noted the “casualization” of consumers during the pandemic, and said he expects them to still wear denim after it eases. To cater to that style, Levi introduced baggier and looser fit jeans.

That, along with Levi’s online sales -- which grew about 41 per cent from a year earlier -- is helping the brand to win over shoppers, Singh said. Levi also as an opportunity grow its top business, he said.

“The consumer is becoming a lot more casual in their dressing,” Singh said.