How a Math Whiz Built a $700 Million Fortune Without Humans

When alumni of the New Economic School gathered in London in September for their first informal meeting outside Russia, the two-day program included lectures from former graduates, guests such as billionaire Alfa-Bank Chairman Petr Aven and evening drinks at local pubs.

They were also offered a tour of the Kings Cross office of XTX Markets Ltd., founded by a former student at the prestigious school, Alex Gerko. There the guests could view the company’s replica Apollo 11 landing capsule, arcade machines and a hallway aglow with more than 30,000 LEDs generating cell life-cycle simulations.

While such flourishes would fit right in at a typical tech startup, XTX makes money in a more old-fashioned way: market-making.

XTX, which is expanding beyond Europe and building a presence in the U.S., reported 2018 profit of 117 million pounds (US$153.4 million), more than double from a year earlier.

The firm’s success has given Gerko a fortune befitting a tech entrepreneur. His net worth is US$700 million, according to calculations by the Bloomberg Billionaires Index.

Gerko declined to comment on his wealth through a spokesman. 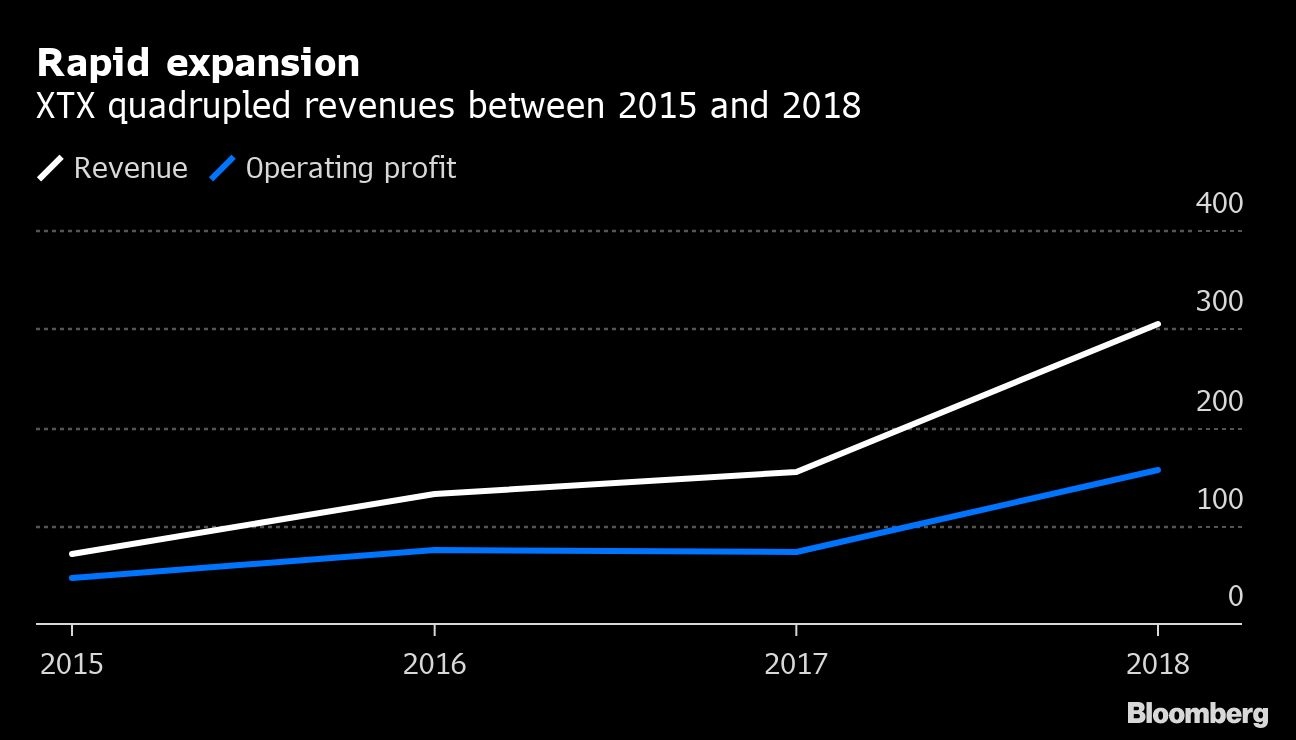 XTX — the name refers to a mathematical formula used in its trading algorithms — relies on data analytics and massive computing power. The firm’s website boasts of its 42 petabytes of usable storage and 850 terabytes of random-access memory, helping it handle more than US$150 billion in daily trading volume across stocks, currencies, fixed income and commodities.

Data from LinkedIn show it has a workforce that would look more at home in Silicon Valley than the City of London, as employees with computer science backgrounds far outnumber those schooled in finance and economics. XTX, in a move echoing a past Google strategy, started an online contest this year with a US$100,000 prize to help find data scientists. Staff events include chess competitions, and Gerko and his firm have sponsored the International Mathematical Olympiad, Oxford Mathematics Public Lectures and the King’s Maths School in London. 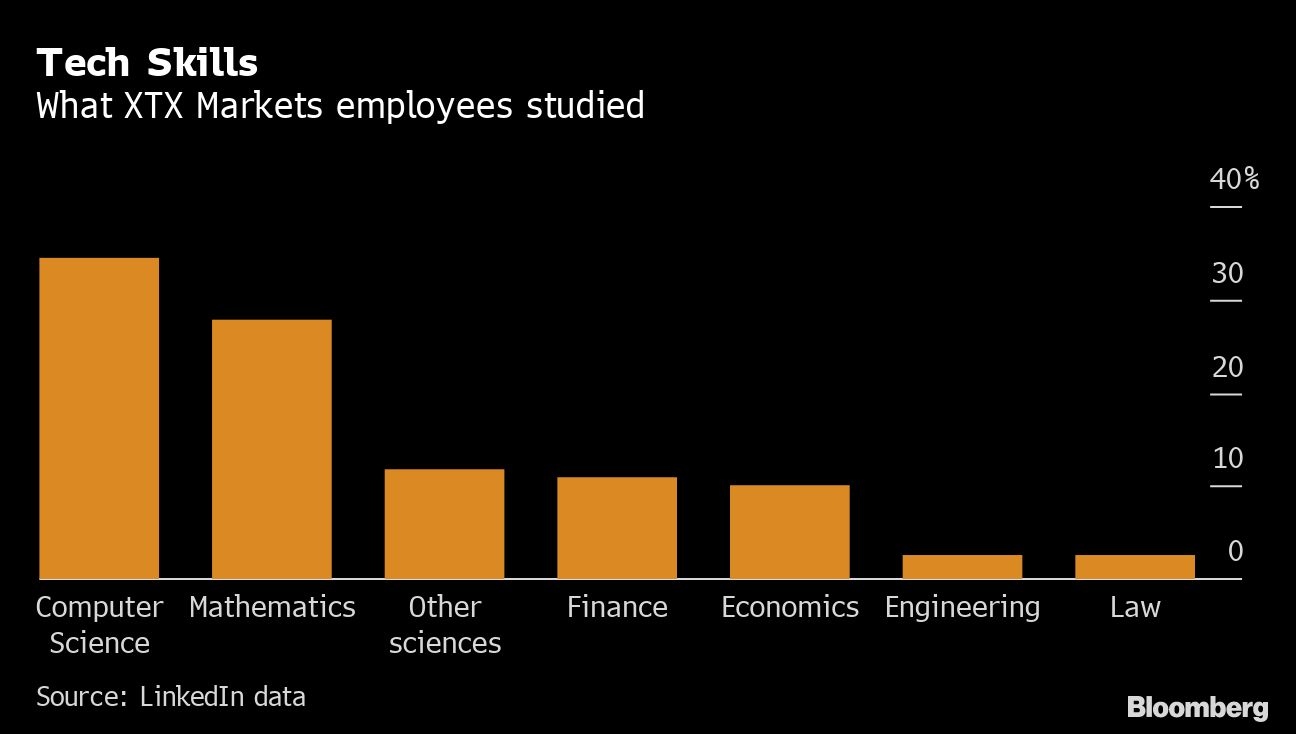 While other firms like competitor Citadel Securities have also hired from Silicon Valley, XTX’s commitment to tech skills stands out — it employs no human traders and just a single salesperson.

“These new players, because the business has electronified, all they really need to do is connect to the various platforms and they can make markets,” said Larry Tabb, founder of research firm Tabb Group LLC. “They don’t really need to go court Apple or court IBM to get their cash-management business anymore.”

Gerko received a doctorate from Moscow State University and later studied at the New Economic School. He started his finance career trading equities at Deutsche Bank AG in 2004, before shifting to foreign exchange. In 2009, he moved to hedge fund GSA Capital, where he ran market-making.

Then, in 2015, he founded XTX and was soon joined by Zar Amrolia, who shares CEO duties with him. Amrolia also holds a doctorate in mathematics and previously was co-head of fixed income, currencies and commodities at Deutsche Bank. His move to XTX, then a minnow compared with the global financial giant he left behind, looked prescient less than a year later, when XTX surpassed Deutsche Bank on Euromoney Institutional Investor’s ranking of the world’s biggest spot currency traders.

Smaller market-making operations like XTX probably will continue to grow in importance as markets become even more electronified because their size allows them to quickly adapt technology and strategies, Tabb said.

“It’s not that these big banks can’t buy the technology,” he said. But the “big banks don’t have the ability to agilely invest like the smaller companies.”

Still, it might be too early to count out the global banks just yet. This year, XTX dropped to fourth from third in global market share, according to the Euromoney survey. Meanwhile, JPMorgan Chase & Co. ranked first, followed by Deutsche Bank, which rebounded from No. 8.