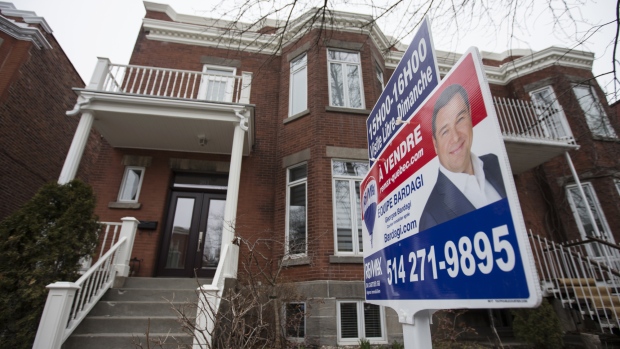 Montrealers bought six per cent more homes last month than in May 2018, with monthly homes sales on the rise for more than four years straight.

The Quebec Professional Association of Real Estate Brokers says year-over-year sales took off on the outskirts of the Island of Montreal, rising 15 per cent in Laval and the North Shore. On the island, however, sales dipped by one per cent.

The median price of single-family homes across greater Montreal continued to climb, growing five per cent year over year to hit $340,000, the association says.

Condominiums cost two per cent more at a median of $261,000, while the price of plexes with two to five units jumped six per cent to reach a median of $550,000.

In total, 5,607 residential sales closed in May, the 51st consecutive month of increasing sales.

Single-family homes made up more than half of all sales, while condos and plexes comprised 36 per cent and 10 per cent, respectively.