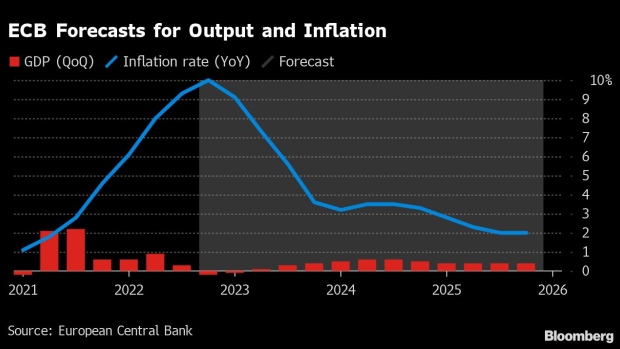 “Our job is to keep prices stable in the euro area — and inflation is far too high across Europe,” he said. “We need to rein in inflation. Our job is not done yet.”

The comments come amid an intensifying debate over the ECB’s policy path ahead. While another half-point increase in borrowing costs at February’s meeting appears to be a done deal, the outcome for March is more uncertain.

Some policymakers — including Yannis Stournaras and Ignazio Visco — are urging for a gradual approach, with hawkish colleagues such as Robert Holzmann and Klaas Knot insisting on a longer series of bigger moves. The ECB has raised borrowing costs by 250 basis points since July.

Speaking alongside Nagel, his French counterpart Francois Villeroy de Galhau stressed that the ECB will “probably have reached the peak in interest rates by summer.”

“The Governing Council is determined to achieve an inflation rate of 2% in the euro area in the medium term,” Nagel said. “We must do everything necessary to restore price stability.”