Nintendo Co. said it will buy back shares after its quarterly profit missed estimates, underscoring concerns that gaming demand may be peaking as parts of the world emerge from the pandemic and go back to work.

The Kyoto-based company reported operating income of 119.75 billion yen (US$1.1 billion) for the June quarter, compared with the average projection for 130.9 billion yen. It maintained its forecast for a 22 per cent drop in operating profit to 500 billion yen this fiscal year alongside 25.5 million Switch console sales.

The company said it plans to buy back up to 1.51 per cent of its shares for 100 billion yen. It said it will cancel those shares and the buyback reflects its cash position from strong sales.

Nintendo, whose Animal Crossing: New Horizons was the breakout title of the Covid era, is grappling with aging hardware as normality returns to some parts of the globe and people spend less time immersed in games. It saw a mixed picture with Switch hardware sales, which fell by 22 per cent overall to 4.45 million units, but rose for the more expensive standard edition.

Semiconductor shortages and logistics continued to impact production of the gadget, Nintendo said. It attributed the drop in Switch Lite sales to lower inventories in Europe and the U.S. than a year ago.

“Games this quarter were not enough to patch the hole left by Animal Crossing,” said Hideki Yasuda, analyst at Ace Research Institute. “July market data shows Switch and Switch Lite sales are falling. Nintendo will have another tough time ahead in the July-September quarter, which could be worse than the April-June period.”

The highly anticipated next game in the Zelda franchise, a sequel to Breath of the Wild, won’t be out until 2022. Nintendo is now counting on the Oct. 8 launch of a new Switch model with a bigger, OLED screen to reinvigorate the four-year-old platform in time for the crucial holiday season.

The games maker reported record earnings during the pandemic-fueled gaming boom and aims to outdo rivals Sony Group Corp. and Microsoft Corp., which rolled out new consoles last year. But some investors have taken a negative view of the upcoming Switch and its higher US$350 price tag, pushing Nintendo’s shares down 15 per cent since it was announced. 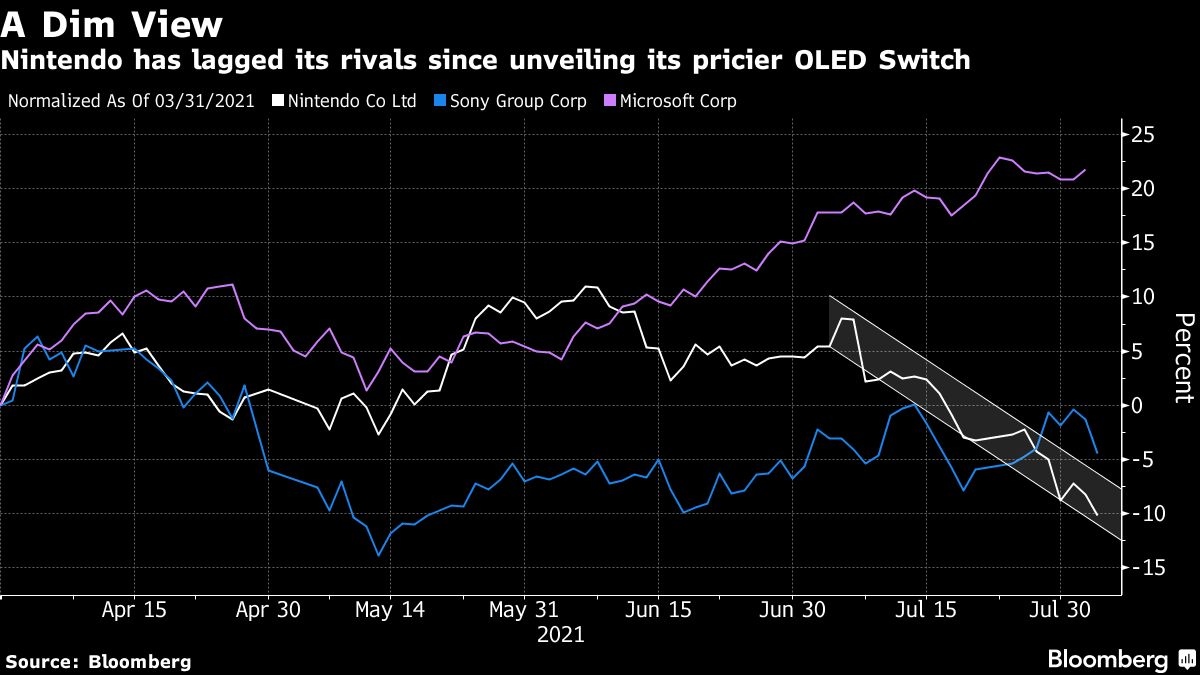 The gadget could still outperform rivals as the latest generations of both the PlayStation and Xbox remain in limited supply owing to global chip shortages. Long-running franchises such as Capcom Co.’s Monster Hunter could also prop up sales while Pokemon Unite, released in July, could galvanize business as well. 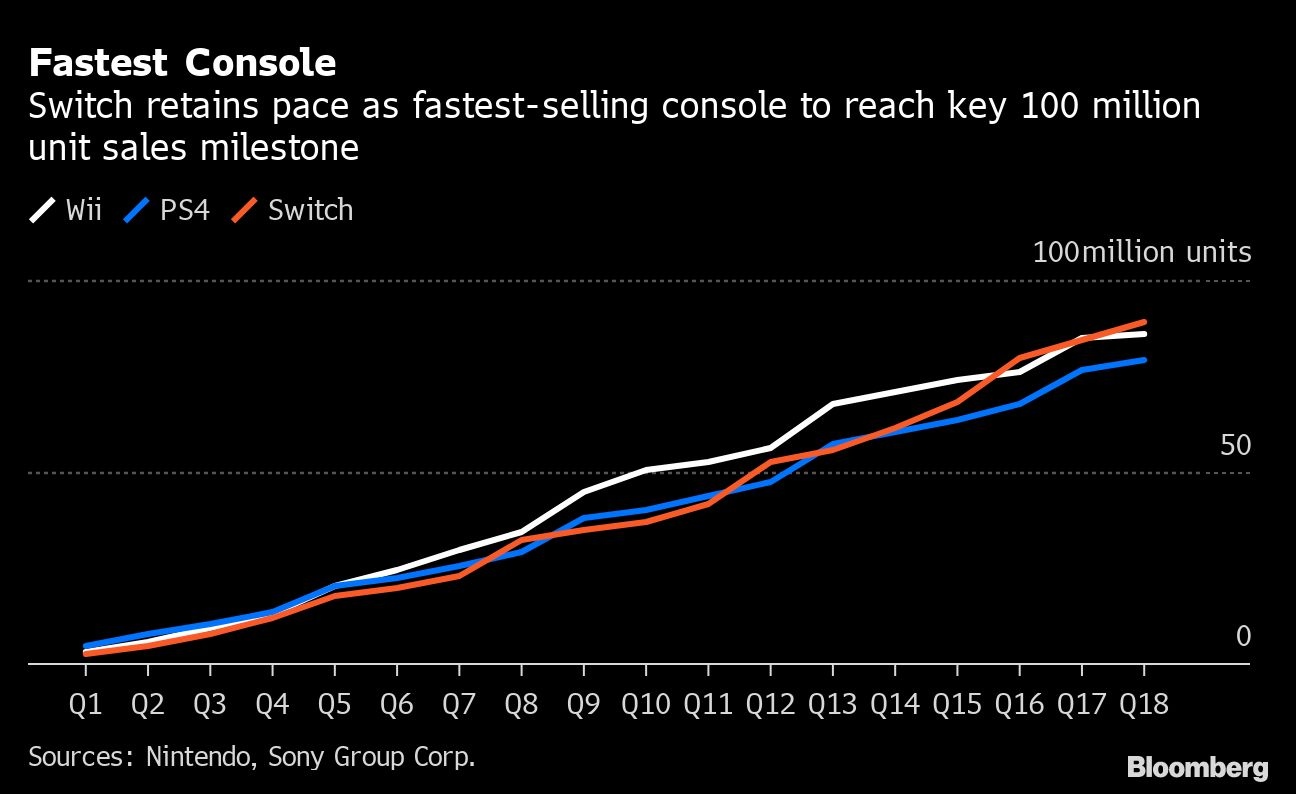 Nintendo’s sales and profit for fiscal 2022 ending March probably lack upside to consensus now that the sequel to Zelda Breath of the Wild and rumored Switch Pro won’t arrive until at least fiscal 2023. Although Switch hardware sales should remain robust after a record year in fiscal 2021, aided in part by release of the new Switch OLED model, but a weak new game slate without Zelda leaves little room for upside to software sales.