The labour market recovery is not normal by any stretch: Economist

The number of working hours lost due to the COVID-19 crisis will be “significantly higher” than projected just a few months ago, according to the International Labor Organization.

In what it termed a “dramatic revision,” the Geneva-based group now estimates that global hours worked this year will be 4.3 per cent below their pre-pandemic level, the equivalent of 125 million full-time jobs. Africa, the Americas and Arab States were the regions that experienced the biggest declines.

“A two-speed recovery between developed and developing nations threatens the global economy,” said the ILO, which had forecast a loss of 3.5 per cent in June. “This great divergence is largely driven by the major differences in the roll-out of vaccinations and fiscal stimulus packages.” 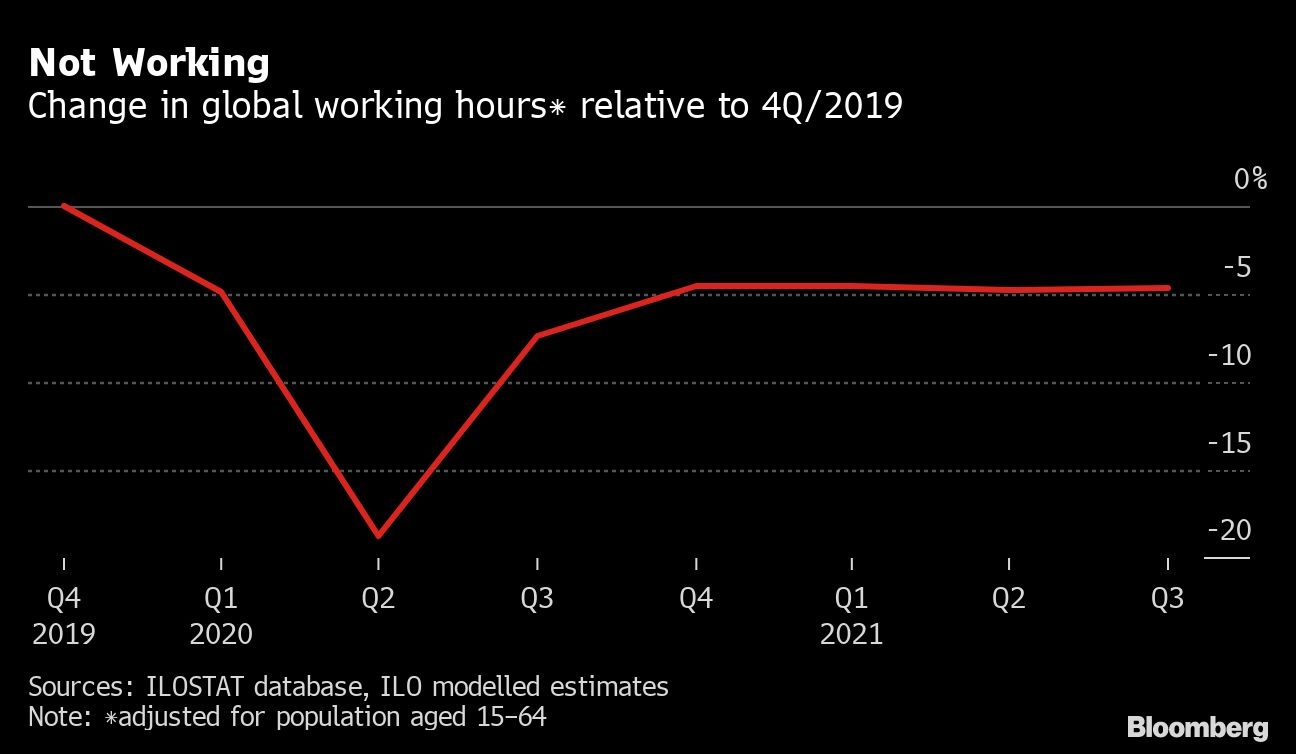 The organization cited estimates showing that a full-time job was added to the global labor market for every 14 people fully vaccinated.

Bloomberg’s COVID-19 vaccine tracker shows that enough doses have now been administered to fully vaccinate 45 per cent of the global population -- but the distribution has been lopsided. Countries and regions with the highest incomes are getting vaccinated more than 20 times faster than those with the lowest.