More government support will allow us to plan for another season of operations: ParkBus co-founder

Being an entrepreneur in the best of times can be a challenge, but for small business owners who are trying to survive a global pandemic, the road has become much more treacherous.

Parkbus is one of countless seasonal businesses in Canada that's seeing its window for success narrow because of COVID-19. Co-founded by Alex Berlyand in British Columbia, the park-tour operator has essentially been stuck in limbo over the last year.

"It's very hard to predict where we'll be after this pandemic. Right about now is normally when we would start to fill up our bookings for the summer," Berlyand said in a phone interview.

The company has been forced to navigate regional lockdowns; and even where it is allowed to operate, it’s been forced to cut its vehicle capacity in half, meaning only 25 customers can be seated at a time to comply with public health restrictions. That has made it impossible to sustain the cost of Parkbus’s operations, according to Berlyand.

Despite the uncertainty, preparations are underway for the coming summer season, which will look different from the sold-out pre-pandemic year Parkbus enjoyed in 2019.

Back then, customers booked their weekend trips for the spring and summer far in advance, and the company had ten employees on the payroll, he said.

Now, Berlyand said his company has taken approximately $60,000 in federal loans to stay alive throughout the pandemic closures and is down to two employees on payroll.

In 2020, demand for international travel to Canada plunged by more than the combined impact of 9/11, SARS, and the 2008-09 financial crisis, according to Destination Canada. The decline in tourism has cost the country $15.7 billion in lost revenue, while federal support for the industry has prevented 131,000 layoffs, according to a report by ATB Capital Markets Inc. 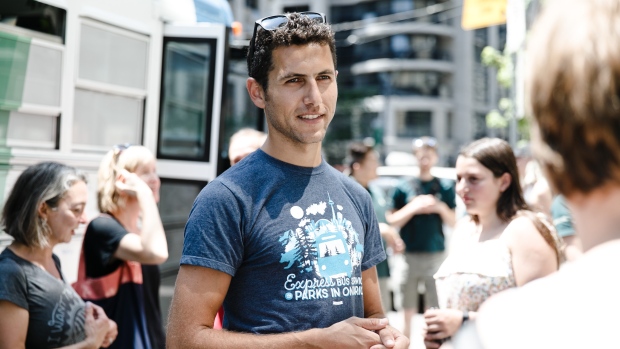 "Should the government support be taken away, we would not be in a good position," Berlyand stated.

Thousands of small businesses will eventually face the reality of a halt in government assistance and having to pay down debt they've accumulated throughout COVID, and experts are warning of the challenges that lie ahead.

Josh Nye, an economist at Royal Bank of Canada, said in a phone interview that small and medium-sized enterprises (SMEs) that carry COVID-19 legacy debt will soon be competing with new companies that don't.

"Business that have taken on a lot of debt will have limited opportunities to expand, and that is a concern as the government reduces support programs," Nye said.

Government funding, including the Canadian Emergency Wage Subsidy and the Canada Emergency Rent Subsidy, are set to expire in June. Nye cautioned that if support is taken away too quickly, it could leave thousands of businesses vulnerable.

"It will come down to who can maintain their revenue once the federal assistance is removed," said George Benchetrit, a lawyer at Chaitons LLP with over 25 years of experience in corporate restructuring​, said in a phone interview. ​

Benchetrit explained that small business owners who cannot pay back their debt will be faced with few options, including selling the company or filing for insolvency.​

According to the Superintendent of Bankruptcy Canada, insolvency filings hit 20-year lows in 2020. But that number is widely expected to rise once Ottawa’s support comes to a close.

The data also reveal that filings under the Companies' Creditors Arrangement Act (CCAA) have reached all-time highs. A total of 21 corporations filed for CCAA in the second quarter of 2020, surpassing that of the financial crisis.

Only large corporations that carry $5 million or more in debt on their balance sheets are eligible to seek protection from creditors under CCAA. It allows for a corporation that is in financial trouble to reorganize their debt and hopefully emerge on the other side as a viable and stronger company. 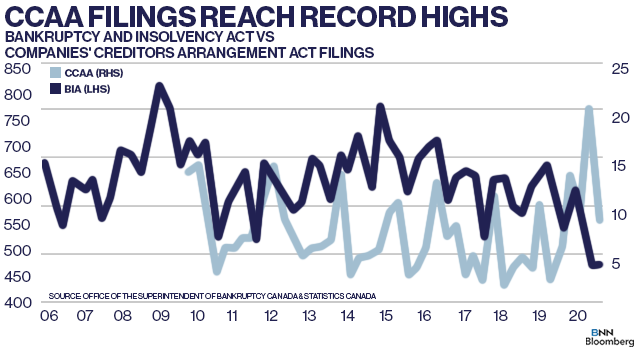 "It connects them to advisors, and restructuring measures, giving them an advantage over smaller businesses," said Kevin Meyler, a partner at BDO, in a phone interview. ​

He acknowledged that going through the court systems to file for insolvency is an expensive process that most small businesses don't have the capital for at this moment.

"That has been the theme of the pandemic. Larger corporations have had a lot more leeway and the ability to play in this situation. They can bounce back from the impact of debt", Berlyand said.

One company that doesn’t qualify for CCAA and has thus far resisted being bought out is vegan meal provider BIO RAW.

"I refuse to let my business go," Founder Oren Epstein said in a phone interview. 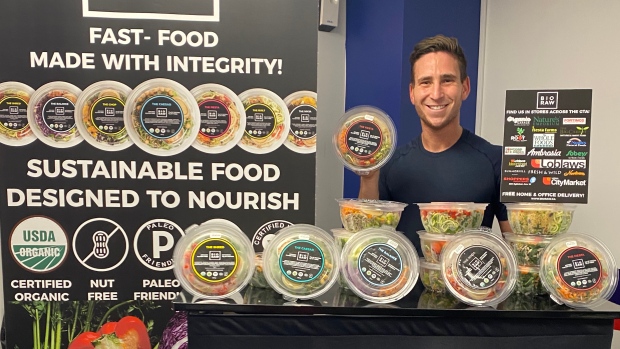 Before COVID, BIO RAW's projected growth convinced the company to spend on new machinery that is now challenging to pay off, he explained.

Since the onset of the pandemic, Epstein said his company has taken on $300,000 of debt to survive and experienced a 60 per cent drop in sales at one point in 2020.

BIO RAW also had to navigate a price spike for some of its ingredients and the additional cost of keeping employees safe.

Epstein said the government support is simply not enough to cover the cost of running a business in a pandemic.

"Insolvency and bankruptcy are always at the back of our minds, but it's an option we'd rather not be forced to take," he said.