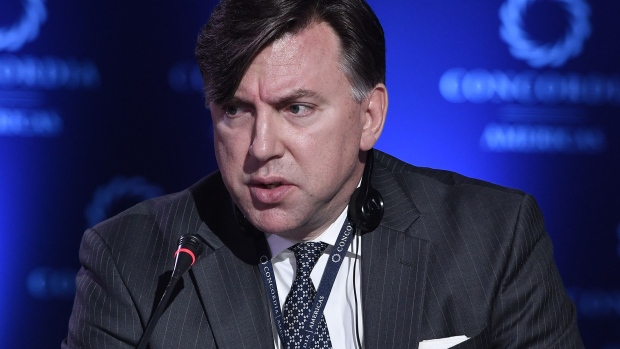 (Bloomberg) -- Russell M. Dallen, Jr., a former head of Latin America at Oppenheimer who later went on to become a reference for niche Venezuela legal news around the nation’s complex debt issues, has died, family and friends told Bloomberg News.

A lawyer by training, Dallen, 58, was based in Caracas between 2000 and 2007 with Oppenheimer. While living in the country, he purchased the long-time English-language newspaper The Daily Journal and ran it for a brief period before selling and eventually keeping the archive under the banner of the Latin American Herald Tribune.

After relocating to the Miami area, Dallen went on to establish Caracas Capital Markets, a boutique investment advisory for Venezuela bond buffs that specialized in detailed reports on legal filings and topics including the whereabouts of oil tankers and central bank gold shipments. He was a frequent commentator on Venezuela issues in the financial press and a well known figure at conferences and panel discussions around South Florida and beyond.

In 2017, Dallen provided testimony to the U.S. House of Representatives about the ongoing troubles the South American country was facing. He studied at Oxford University, Columbia University, the University of Nottingham and The University of Mississippi, according to his LinkedIn page.