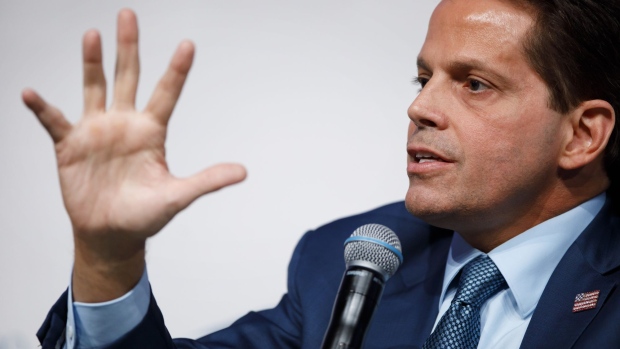 (Bloomberg) -- Anthony Scaramucci’s flagship vehicle for investing in hedge funds increased its exposure to crypto-related assets by almost 150% during the third quarter.

Investments in digital funds and securities in the SkyBridge Multi-Adviser Hedge Fund Portfolios totaled $485 million at the end of September, up from $195 million on June 30, according a regulatory filing this week. The increase reflected new investments and market appreciation. The fund’s net assets fell about 10% in the period to $2.4 billion, fueled by redemptions.

The Bloomberg Galaxy Crypto Index rose 23% in the third quarter, rebounding from a 13% slide during the previous three-month period.

While it continues to allocate money to funds run by other asset managers, SkyBridge Capital’s exposure to digital currencies has increased in tandem with Scaramucci’s bullishness on crypto. He told CNBC on Nov. 12 that Bitcoin could eventually reach $500,000. The token traded for about $57,558 at 4:20 p.m. in New York and has roughly doubled this year.