Bank of Nova Scotia’s focus on Latin America proved a better bet than Bank of Montreal’s U.S. push in the fiscal third quarter.

Scotiabank’s earnings topped analysts’ estimates on a surge in profit in its international-banking division, fueled by a sharpened focus on Latin America, and lower provisions for loan losses. Bank of Montreal, meanwhile, fell short of expectations amid greater set-asides for bad loans and more muted growth at its U.S. personal-and-commercial banking division.

“Scotia’s beat against expectations was almost the polar opposite of BMO’s this morning: better-than-expected provisions, largely reflecting reversals of previous provisions on performing loans,” Barclays Plc analyst John Aiken said Tuesday in a note to clients. “The largest beneficiary is the international segment.”

Scotiabank shares gained 0.9 per cent to $68.39 at 12:18 p.m. in Toronto, while Bank of Montreal plunged 4.1 per cent to $88.59, its steepest intraday decline since February 2016. Scotiabank is up 0.5 per cent this year, compared with Bank of Montreal’s 0.7 per cent decline and the 3 per cent gain for Canada’s eight-company S&P/TSX Commercial Banks Index.

At Scotiabank, the international-banking division earned $902 million, up 90 per cent from a year ago, when results were pared by acquisition costs. Adjusted profit in the division was up 20 per cent, the biggest gain among the Toronto-based lender’s three main segments. Chief Executive Officer Brian Porter has been focusing on the stable Latin American markets of Mexico, Chile, Colombia and Peru, with a recent acquisition in Chile helping drive growth as the bank retreated from other areas.

At smaller competitor Bank of Montreal, which has focused on the U.S. for greater growth under CEO Darryl White, the earnings increase at its U.S. personal-and-commercial unit, which includes Chicago-based BMO Harris Bank, cooled to 1.1 per cent. That was the smallest expansion since the fourth quarter of fiscal 2017 and was due to higher loan losses and declining net interest margins. Still, profit from the Toronto-based bank’s overall U.S. operations, which include capital markets and wealth management in the country, was up 17 per cent from a year ago.

“Our growth in U.S. personal and commercial has really been very, very good over the last few years, and well in excess of peers,” Chief Financial Officer Tom Flynn said in an interview. “We’ve talked about expecting some moderation from the very strong level of growth we’ve had as a reasonable thing to expect, and we’re confident in our ability to continue to outperform peers.”

Bank of Montreal expects to do better than its peers in the U.S. even amid an economic backdrop hampered by trade uncertainties, an issue White flagged during a conference call with analysts.

“It’s hard to ignore the fact that the trade tensions are creating, first of all, volatility in the markets, as you know well, but also some suppression of growth,” White said. “Our customer base in Canada and the U.S. continues to spend and continues to expand, I would say, a little bit more prudently than perhaps they might have six or 12 months ago.”

Scotiabank had adjusted earnings of $1.88 a share for the three months through July 31, topping analysts’ average estimate of $1.85, while Bank of Montreal’s adjusted earnings of $2.38 fell short of the $2.49 estimate. The miss was driven by higher loan-loss provisions as Canadian consumer losses rose with the migration to a new collections platform, the bank recorded a single large loss from an impaired Canadian commercial loan in the health-care sector and set-asides for performing loans were increased.

“Our loan losses were up in the quarter and they were up from low levels in the last two quarters,” Flynn said, adding that that the prior quarters benefited from recoveries. “We do expect the loan losses to be down from the current level that we had in the third quarter as we look out to the fourth quarter.”

Bank of Montreal also said Tuesday that it’s winding down its property and casualty insurance operations.

“In light of the environment in the reinsurance sector, performance is no longer meeting our risk-return expectations and so we’ve made the strategic decision to exit the majority of this business,” White said on his company’s call. 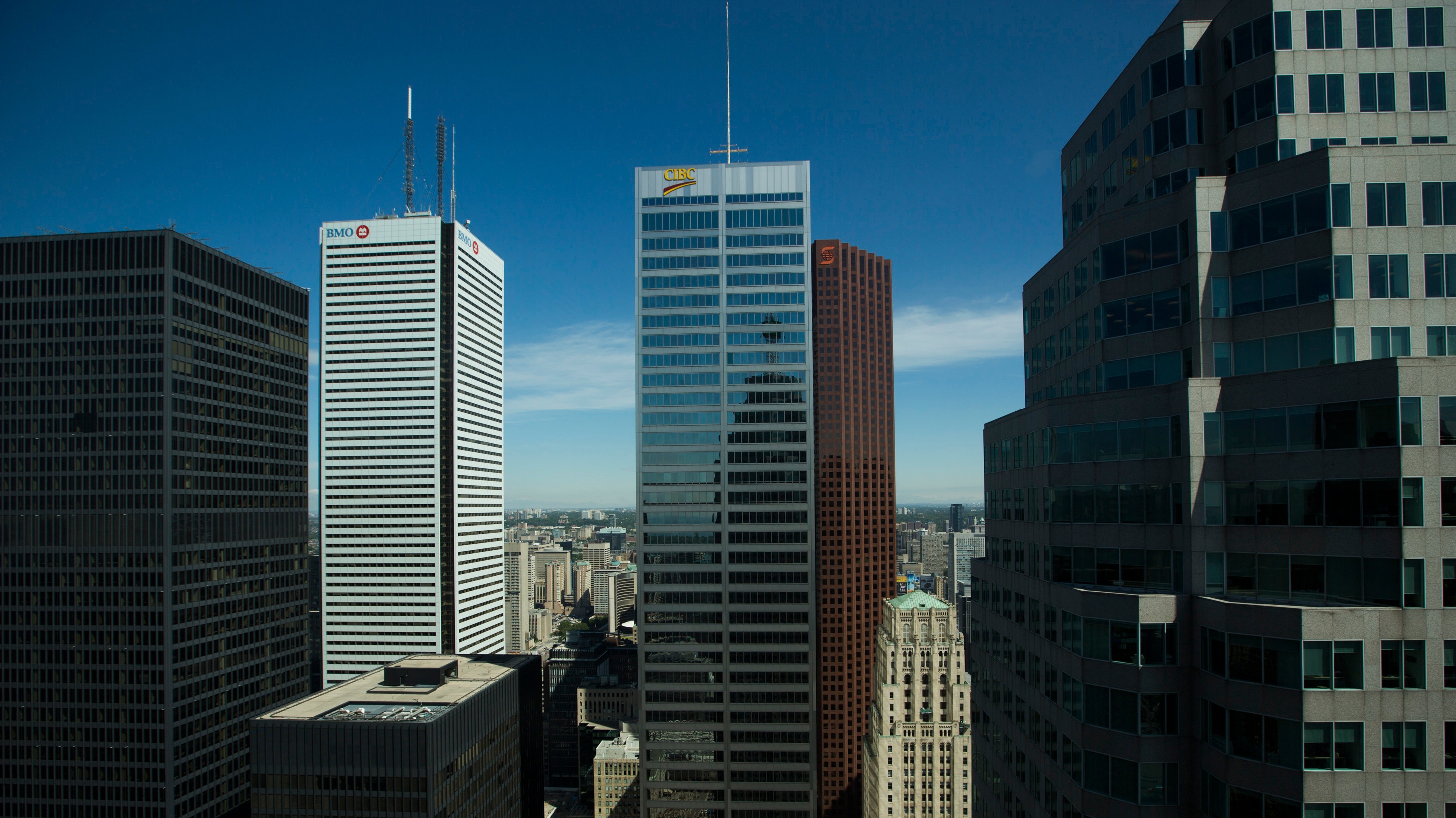