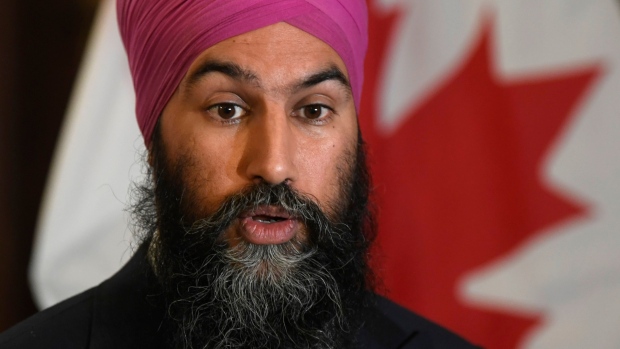 NDP Leader Jagmeet Singh speaks with reporters following a speech to the Federation of Canadian Municipalities in Ottawa, Nov. 27, 2019. The Canadian Press/Adrian Wyld

The idea is to emphasize how important the concerns of people who feel ignored by the federal government are to the New Democrats, with their party leader taking charge of files the Liberals have divided among four people.

Instead, the New Democrats will have a critic for income inequality and affordability: Veteran Ontario MP Charlie Angus.

They'll also have one for democratic reform to promote changes to the federal voting system, though Trudeau nixed that as a distinct ministry last week.