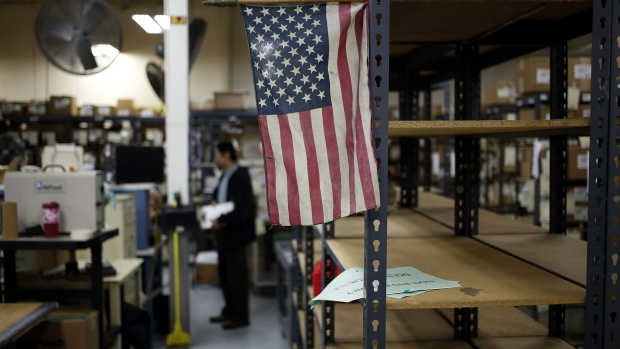 (Bloomberg) -- In an era of hyper-partisanship, an obscure federal program that makes it easier for small-business owners to shed debt in bankruptcy has been embraced by Democrats and Republicans, who are now weighing an extension of this rule.

So-called Subchapter V bankruptcy lets closely-held businesses move through bankruptcy much more quickly and cheaply than a traditional Chapter 11. There are no official creditor committees to fight, just a government appointed trustee with limited powers who assesses the company’s finances and helps reach consensus with debtholders. More importantly, company owners don’t risk losing control of their companies to creditors, a common outcome in bankruptcies.

The program grew when the pandemic ravaged millions of small businesses, government raised the debt cutoff to qualify for Subchapter V to $7.5 million, from $2.7 million, and then extended it an additional year. Without another renewal, the higher limit will expire next month, boxing out thousands of companies that could benefit as they face new challenges like supply chain woes and higher interest rates.

“It has enjoyed broad bipartisan support from Congress so far, and I’m hopeful that we can soon come to an agreement to permanently authorize a higher limit,” Iowa Republican Chuck Grassley, the ranking member of U.S. Senate’s judiciary committee, said in a statement.

More than 2,800 cases have been filed since the program began, according to court statistics. That number is likely to rise this year as banks and landlords get more aggressive about collecting overdue loans and back rent, restructuring advisers say.

“You have a mountain of debt that has not been addressed,” said Robert J. Keach, an attorney who advocated for the program as a member of the American Bankruptcy Institute. Government assistance and eviction moratoriums have allowed small businesses to exist in a temporary limbo that can’t last. “I think there will be two or three times as many Sub Vs this year.”

Subchapter V’s quick turnaround time -- cases typically take weeks or months, while larger Chapter 11s can stretch a year or more -- has attracted more businesses, said Ed Flynn, a consultant with ABI who studies bankruptcy statistics. About 80% of companies that were eligible to use Subchapter V did so, he said.

The Subchapter V bankruptcy law has even made some distressed corporations envious, sending restructuring advisers hunting in vain for strategies that might let their bigger clients qualify. When co-working giant IWG Plc filed for bankruptcy in 2020, it initially sought to file individual office spaces under the program, before abandoning that strategy for a conventional Chapter 11.

But for smaller companies, the program can be a lifeline.

Bankruptcy attorney Don Swanson spent decades advising small companies and farmers in Nebraska before he became a Chapter V trustee. Out of the 10 cases he’s handled so far, nine successfully slashed debt and kept operating, he said. Only one was forced to liquidate.

None of them could have reorganized under the traditional, Chapter 11 rules, Swanson said. “They probably would have operated until they ran out of cash and then cratered,” he said.