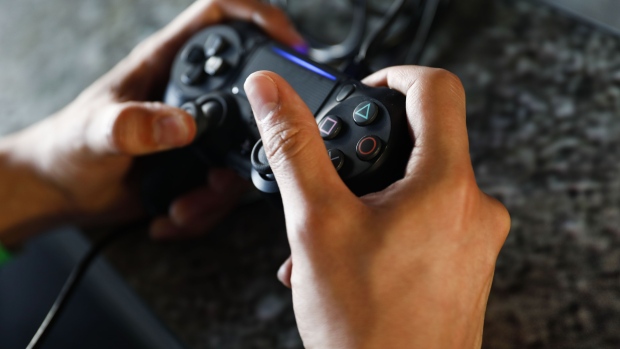 An atendees holds a Sony Corp. Playstation controller while playing a video game during the company's event ahead of the E3 Electronic Entertainment Expo in Los Angeles, California, U.S., on Monday, June 11, 2018. Sony corralled attendees through different venues as they put their new titles on display, including a remastered version of cult favorite Resident Evil 2 and their event finale Spider-Man. Photographer: Patrick T. Fallon/Bloomberg , Bloomberg

Sony Interactive Entertainment LLC is operating an unlawful monopoly by restricting purchases of PlayStation games to its inhouse store, consumers claimed in a lawsuit.

As a result, Sony’s PlayStation Store became the only source for digital PlayStation games, the consumers said.

People end up paying as much as 175 per cent more for downloadable games than the same ones on disk, according to the suit.

Sony didn’t return a request for comment after hours Wednesday.