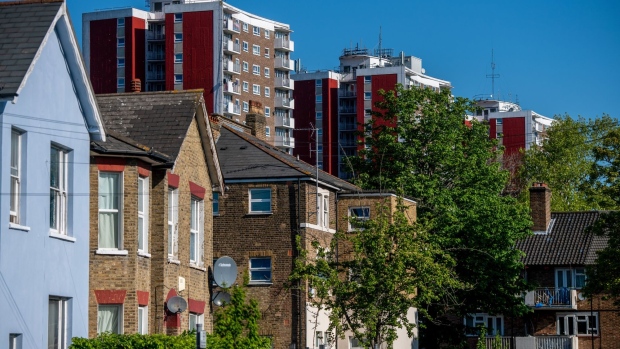 Amid plunging interest rates in the wake of the economic devastation wrought by the COVID-19 pandemic, many homeowners have felt tempted to break their mortgages in order to lock in a better rate and save big money.

However, those looking to refinance need to understand that there's more than just the interest rate to take into account when switching mortgages.

“Refinance activity has ticked up since (the coronavirus),” said James Laird, co-founder of Ratehub.ca and president of CanWise Financial mortgage brokerage.

The majority of refinances come from people looking to consolidated debt or access equity, he noted, but so-called rate arbitrage, or switching lenders purely to benefit from lower rates, still makes up more than 20 per cent of refinances.

The Bank of Canada sets the overnight rate, a rate that has a ripple effect on other rates, at scheduled dates eight times a year. During the pandemic, the central bank dropped the interest rate from 1.75 per cent as of Jan. 22 to 0.25 per cent by March 27 - including two unscheduled emergency rate cuts.

The central bank's rate influences the one lenders offer for variable-rate mortgages, and homeowners with these types of loans don't need to act to reap the benefit of lower rates. Fixed rates depend on the bond market and these types of mortgages require homeowners to lock in for a set time frame, usually five years.

As the coronavirus pandemic unfolded in March, fixed mortgage rates fell, said Laird, then crept up in early April as lenders grappled with the unknowns, such as unemployment rates.

That rise came even as underlying factors, such as dropping bond yields, indicated fixed rates should fall, he said, because lenders wanted to build more of a risk-premium in amid the uncertainty.

In the latter half of April, fixed rates started to drop again.

“That was as all the stimulus packages came out as the government announced programs to support many different parts of the economy,” Laird said.

When homeowners who signed their paperwork for higher interests rates come in tempted by today's numbers, Laird said the main consideration is whether they believe the current rate will be lower than what will be offered when their mortgage renewal comes up.

“You certainly would not know that,” he said.

For homeowners looking to refinance for rate-based savings, they need to look for a sizable rate difference, as well as consider the associated costs, and the payback period, said Robert McLister, founder of RateSpy.com and mortgage broker.

“It's basically a math exercise,” he said.

Homeowners should figure out how much time remains on their existing term and what they expect to pay over that time, and then subtract the savings based on the new, expected rate.

A $300,000 mortgage amortized over 20 years with two years left refinanced at an interest rate half a percentage lower, for example, will save someone $2,887 in interest, according to McLister.

Each quarter point change in interest rate change represents about $50 per month difference for a $400,000 in a mortgage loan, said Laird.

But costs, including closing fees and penalties for breaking existing mortgages, must also be taken into account

Closing costs can vary from about $500 to $1,200, said McLister, including the cost of an appraisal.

Penalties vary depending on the lender and mortgage terms, he said, but can run into the thousands of dollars.

It's important to have what he calls a fair-penalty lender in order for the math to make sense. Such a lender charges a fee that covers their costs associated with breaking a mortgage - but not more.

Some lenders are offering incentives for new mortgages that can help offset some of these costs, he noted. That can be as much as $3,000 depending on the lender and size of mortgage.

“If it's enough to justify the four to six hours of your life it will take to close a mortgage, then it's worth a shot,” said McLister.