ADVERTISEMENT
The landscape of the Canadian cannabis industry is taking shape - BNN Bloomberg
{{ currentBoardShortName }}
Markets
As of: {{timeStamp.date}}
{{timeStamp.time}} 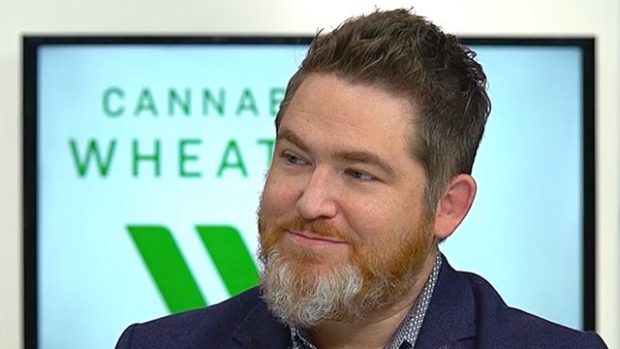 Canada is well known as a compassionate society where diverse cultures are celebrated and progressive ideas are embraced.

By next year, the country is expected to add to its liberal cred by green lighting the recreational use of marijuana. But where some are preparing to party, entrepreneurs and investors are preparing for a once-in-a-lifetime chance to seed an industry ready to sprout.

The stakes are high. A Deloitte survey in 2016 pegged the budding Canadian retail market’s annual worth at between $4.9 billion and $8.6 billion.

“Initially it will be a total land grab,” said Chuck Rifici, CEO of marijuana streaming company Cannabis Wheaton Income Corp. (TSX.V: CBW).  “I believe every gram produced in Canada for the next five years will be sold. So it’s who can produce the most grams.”

But is Canada ready for the explosive growth of legal weed? Licensed medical marijuana producers are betting that they’ll be crucial suppliers of the product as the market moves from black to green, but they’re already struggling to keep pace with existing medicinal cannabis demand, let alone a surge of rec users in July 2018.

“I believe we’re going to have massive supply constraints. Demand will continue (to grow).” Rifici said. “It already outpaces supply significantly in the medical market, and I think it will outpace even further in adult rec.”

A hazy regulatory framework is also leaving prospective producers dazed and confused. The federal government will regulate the supply of cannabis. Each province will come up with its own plan for where and how marijuana can be sold, which could create headaches for producers operating in multiple jurisdictions.

There’s the difficulty of obtaining a legal sales licence. So far, Health Canada has approved just 44 of more than 1,600 applicants.

There’s the difficulty of raising capital and building out production capacity when the odds of obtaining a licence are so slim.

There’s the difficulty of developing a supply network to distribute the product.

With so much uncertainty in the industry it’s a dizzying challenge for investors trying to make sense of which companies are poised for longevity. But a new player has emerged aiming to overcome these obstacles.

Enter Cannabis Wheaton, which is adopting a business model from the mining world to solve the problems of the marijuana industry.

The idea is to boost producers and late-stage applicants by funding their future growth plans now, in return for an equity share in the company and a share of future production. This streaming process has been hugely popular in the mining industry in recent years. Cannabis Wheaton CEO Rifici and his partners expect it to help close Canada’s marijuana supply gap and more easily allow investors to seed a basket of different producers.

In the cannabis industry, streaming helps licensed producers grow more quickly than they would have on their own. The equity that’s invested in the company allows producers to invest more heavily in growth and ease risk because the level of expertise of the Cannabis Wheaton team.

Rifici said taking a stake in the company means Cannabis Wheaton is more invested in each producer’s success.

“We take an equity component because it aligns us with that management team,” he said. “This is extra funding that our partners wouldn’t have if they obtained their capital through a traditional financing. There’s compelling economic terms for our partners.”

“Over time, across all the streaming partner companies, we would actually expect to get some return on our equity interest,” he said. “So in some ways, the capital we put in, we get back as equity, and the streams we get for free.”

“The economics are very compelling for all sides.”

One of Cannabis Wheaton’s key differentiators is Rifici, who is a pioneer in the Canadian marijuana industry. Rifici had thought he’d missed out on the green rush back in 2010. A California ballot initiative appeared poised to make that state the epicentre of legal marijuana production, but the vote failed and he got a second chance to set sail.

“I vowed to essentially never miss that boat again,” he said.

Since then Rifici stayed abreast of any changes to cannabis regulations so that he was ready to roll two years later when Canada announced changes to its medical marijuana rules.

All his research gave Rifici a crucial head start. While others were scrambling to understand the new regulations, Rifici was busy recruiting staff for what ultimately became Tweed (now a subsidiary of Canopy Growth), still Canada’s most recognizable marijuana brand.

“At the time it was really only the first inning for the cannabis industry worldwide,” Rifici said. “So I think now we’re entering the second inning.”

Rifici has assembled a team of seasoned industry players to develop a strategic support platform that promises to do a lot of the heavy lifting for licensed producers. By partnering with Cannabis Wheaton, producers gain access to experts at every stage of the process, who can offer insight on cultivation, construction, distribution, branding and the regulatory process.

With so many changes coming to the marijuana industry and so much risk in pouring capital into a production facility, Rifici said having an experienced management team like the one at Cannabis Wheaton is crucial.

“Ultimately our management team is the first line of defence,” Rifici said. “You’re getting extra security, lots of risk mitigation.”

Cannabis Wheaton has 14 streaming partners, including Beleave, which received its licence in mid-May. Should all its plans come together Cannabis Wheaton would be Canada’s largest marijuana producer by 2019 with 1.3 million effective square feet of capacity. Most of that forecast production comes from just four of its licensees, although Rifici expects all of his partners will obtain licences.

In a new industry with a crowded field of new entrants, Rifici said Cannabis Wheaton is well positioned for longevity. With producers in six provinces so far, the company is diversified geographically, which will allow them to keep pace with regional trends and varied regulations. With such a diverse pool of producer partners, Rifici expects to have the talent to win market share and adjust to consumers’ appetite for cannabis.

“We can match our production streams to the demand we see in the market,” he said. “We think it’s the most nimble platform that will be able to interface with any method of distribution or any product.”