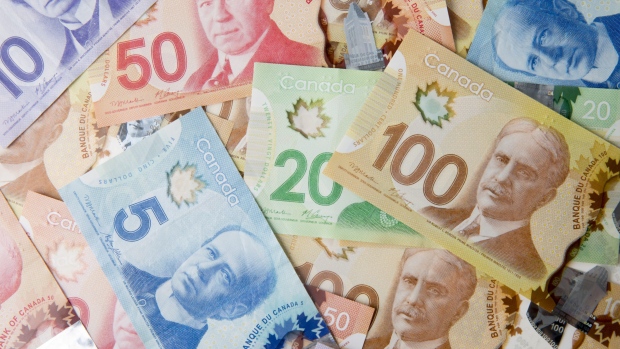 There’s something going on in a corner of Canada’s market that suggests investors are looking for shelter.

More than US$1.1 billion has flowed into high-interest savings exchange-traded funds this year, placing them among the hottest investments in that category, according to data compiled by Bloomberg. The rush for so-called cash ETFs is happening even as Canadian stocks trade near record highs.

Muddied indications on whether the U.S. and China are heading toward a trade deal, lower rates across the globe and concerns surrounding economic growth are pushing investors toward haven assets.

“There seems to be a bit of a defensive mentality with a lot of advisers and investors right now,” said Peter Tomiuk, senior vice president for CI First Asset’s ETF strategy. “And you can’t get really much more defensive than cash.” 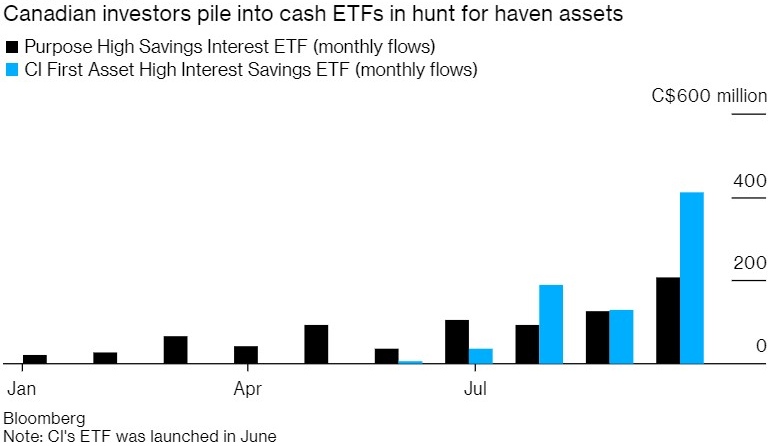 The CI First Asset High Interest Savings ETF, which was launched in June, raked in $408 million last month, according to a National Bank report dated Nov. 4. That was the biggest Canadian ETF inflow in the span. Purpose High Interest Savings ETF has seen inflows every month this year, with its highest one in October. Both these passive funds rounded out the top five long ETF flows in Canada last month.

Amid the bloodbath in the bond market, perhaps cash is the most appealing way to play risk for Canadians right now. For Daniel Straus, vice president of ETFs and financial products research at National Bank of Canada, investors are either anticipating shocks or are still scarred by the draw-downs that occurred at the end of last year and the beginning of 2019. 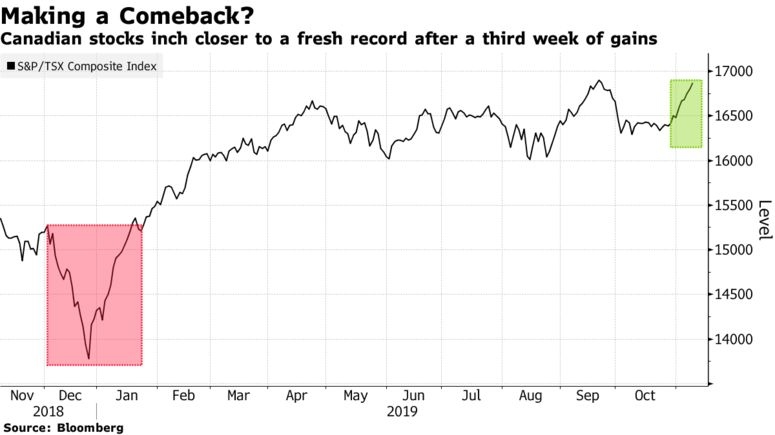 “With rates so low, there’s an endemic weakness to the nature of bonds as an asset class in the sense that they have extremely low return potential and non-trivial rate risk,” he noted. “Cash is really the last remaining place to hide.”

And there’s another reason that’s seen as a deciding factor: liquidity. Cash ETFs provide traders with the ability to get in and out at any given time -- something that might be more appealing as recession concerns grow.

With these funds, investors would be generating good income potential and still have “excellent flexibility and excellent liquidity,” Tomiuk said.

Here’s a look at what happened in Canada last week:

• The S&P/TSX Composite Index had its best week since Aug. 30 as investors shrugged off U.S.-China trade tensions and focused on earnings results. About 75 per cent of companies listed on the benchmark have reported.

• Energy stocks were the biggest winners this week as the price of oil climbed.

• The Canadian two-year yield fell to 1.58 per cent Friday, staying below its U.S. counterpart. Click here for our weekly bond wrap.

The Canadian dollar fell 0.6 per cent this week, but was still the second-best performer among its G-10 peers. 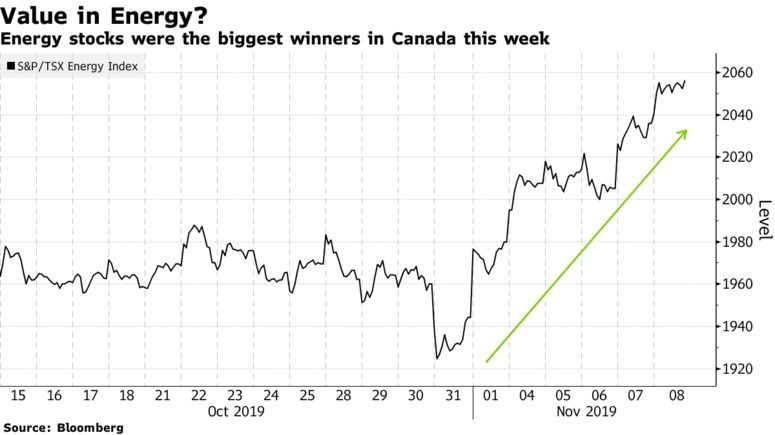 Canada’s labour market slipped after two straight months of strength, as the country lost 1,800 jobs last month versus economist expectations for a 15,000 uptick in employment. The report provided the Bank of Canada with more ammunition if it decides to cut rates at its next meeting.

As Alberta’s finances worsen, Ontario’s and Quebec’s are poised to only get better — underscoring the changing fortunes and increasing tensions in the Canadian federation.