Outgoing Suncor CEO on competitiveness, climate change, and his legacy

A vocal critic of the investment climate in Canada’s oil patch, Williams used his final interview as Suncor CEO with BNN Bloomberg to blast the country’s lack of competitiveness.

“There is– not just [around] the oil sands, as I travel the world - it’s an ‘Off Canada’ signal,” Williams told BNN Bloomberg’s Tara Weber in a Thursday interview. “There is a lack of confidence that Canada is actually open for business.”

“So, I think it’s really important we start to get some clarity on those things because we have a fantastic resource. We have projects queued up that we have investors willing to invest in but they lack confidence in the regulatory and competitive side of Canada’s economy.”

However, Williams expressed optimism that Alberta can thrive if the province is willing to play well with others.

“My advice is: Work with all of the interested parties, make sure that we get Alberta open for business,” Williams said of the newly-elected United Conservative Party provincial government.

“We have a fabulous resource here in Alberta. We’re not making the best of it, for Alberta or for Canada. It’s worth an absolute fortune. Everywhere else around the world would love to have this resource that we’ve got … We need to make the best of that because it belongs to all of us.”

Premier-designate Jason Kenney has launched an offensive both on the campaign trail and since his election victory around the federal government’s carbon tax policies. 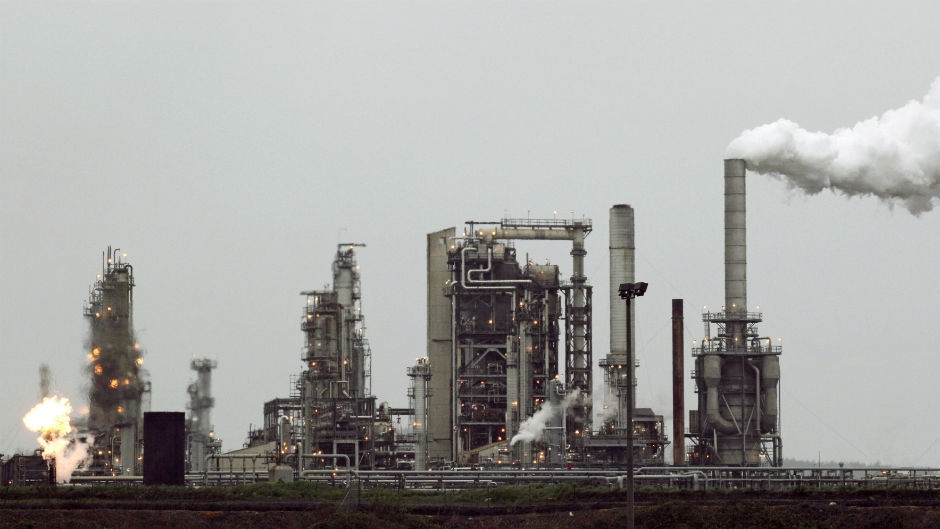 Do you think Alberta can be competitive with a carbon tax?

Williams said that Alberta and its energy players need to be leaders on the climate change front, going so far as to call a carbon tax “part of the solution.”

“Climate change is happening,” Williams said. “We want to be a leader in the world – not just in Alberta, not just in Canada – around sustainability. So you will see us being part of the solution. We think that that probably involves a price on carbon.”

Suncor announced in November that Williams will retire as CEO following the company’s annual general meeting on May 2.

Williams said it’s difficult to predict what the future of Canada’s energy industry will look like amid regulatory uncertainty in the sector.