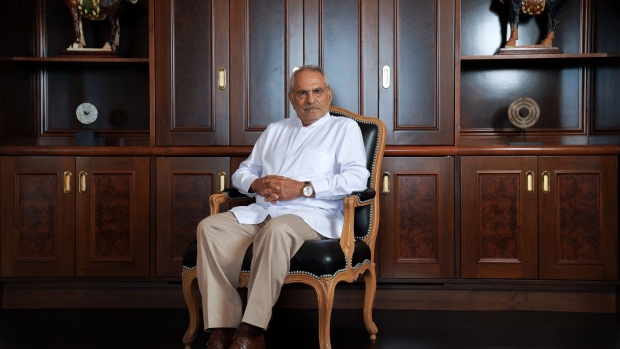 Ramos-Horta, 72, said it was in Canberra’s interest to partner up on the project to develop a gas field in the Timor Sea rather than settle on an alternative under consideration that would go through Darwin.

“Prime Minister Anthony Albanese has not said a word whether he agrees or not with the pipeline coming to Timor-Leste,” Ramos-Horta told Bloomberg News in an interview in Singapore on Friday. “He’s very sympathetic, but so far in regard to the development of the gas field called Greater Sunrise, we have not seen any change of attitude on the part of Australia.”

The island nation has been requesting assistance from Australian companies to help build a gas pipeline and export plant to tap a large offshore LNG reserve, known as Greater Sunrise, though logistical complications have delayed the project.

The gas fields are located approximately 280 miles northwest of Darwin in Australia and 93 miles south of Timor-Leste. Ramos-Horta estimated the overall revenue from the pipeline was expected to be around $100 billion over time, well beyond his country’s $2 billion GDP. Timor-Leste is a developing, Southeast Asian country of 1.3 million people which gained independence in 2002.

In August, Timor-Leste warned it would consider working with China if Australia didn’t move quickly to assist with its development. There have been growing concerns in Canberra about China’s relations with Australia’s neighbors ever since the Solomon Islands signed a security agreement with Beijing in April.

Ramos-Horta downplayed any such partnership in the energy space while also resolutely ruling out any deal that would see Beijing establish a military base in his country.

“There have been approaches with China, but nothing has come out of it,” he said regarding an energy exploration partnership. “It was mostly informal discussions, explorations of ideas.”

Australia, he said, remains Timor-Leste’s preferred partner for the project, though there have also been negotiations with South Korea and Japan. Plans for the pipeline could be shelved if rich donors seeking to wean countries off fossil fuels wanted to pay full freight or they can go a further step in compensating Timor-Leste for stopping oil and gas exploration.

“Billions and billions are found quickly to support Ukraine,” he said. “To all of this I said give us at minimum $100 billion and we’ll follow your passionate approach to stop digging for oil and gas.”

Timor-Leste’s economy grew 1.5% last year, showing tentative signs of recovery after slumping in 2020 due to pandemic restrictions and floods, according to preliminary government data. Inflationary pressures however remain high compared to the rest of the region, and is set to rise 7.4%, according to an Asian Development Bank projection.

Timor-Leste is set to become the 11th member of the Association of Southeast Asian Nations after regional leaders agreed to admit it in principle last month. While there’s no firm timeline to formally join, Ramos-Horta reiterated he’d like for it to happen next year.

Joining under Indonesia’s chairmanship of the bloc in 2023, would be “highly symbolic” given the country had annexed Timor-Leste nearly five decades ago when the Portuguese left, Ramos-Horta said. In the meantime, Timor-Leste would stay out of thorny regional issues like military rule in Myanmar.