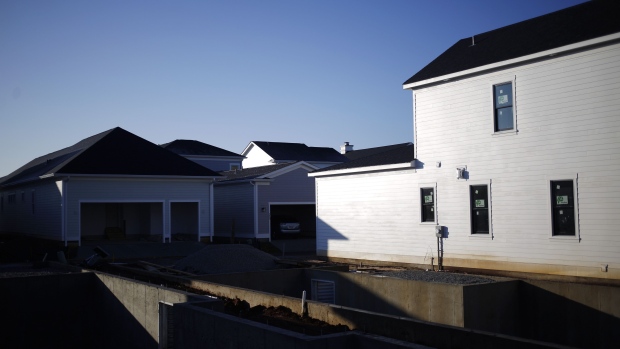 Homes stand under construction at the Norton Commons housing development in Louisville, on Jan. 5. , Bloomberg

New-home sales in the U.S. jumped to the highest level in almost 14 years in July as low mortgage rates helped fuel a suburban construction boom.

Purchases of new single-family houses climbed 13.9 per cent from June to a 901,000 annualized pace from an upwardly revised 791,000, government data showed Tuesday. The median forecast in a Bloomberg survey of economists called for a 790,000 rate of sales. The median selling price rose 7.2 per cent from a year earlier to US$330,600. 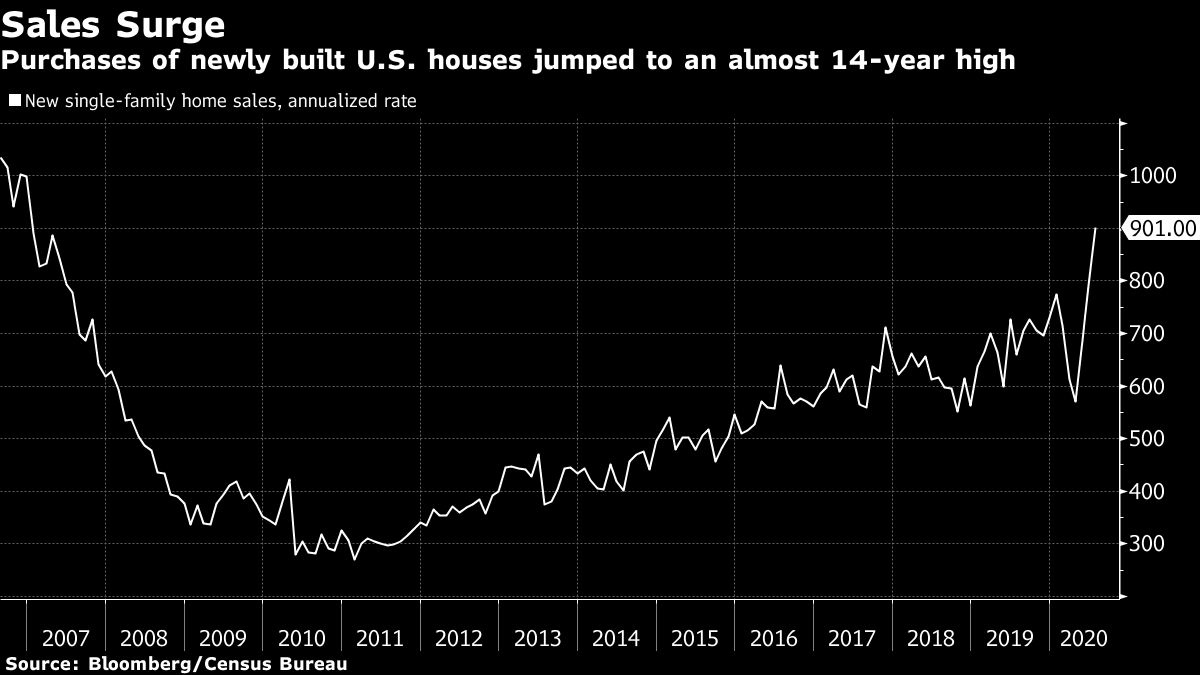 Sales of new houses have taken off during the pandemic because borrowing costs have never been lower and listings for previously owned homes are in short supply. Shoppers want quarantine comforts, such as backyards and room for offices. And builders are shifting to lower-priced offerings, expanding the pool of potential buyers.

“It has been a rocket ship up since May,” said Rick Palacios, director of research at John Burns Real Estate Consulting, which advises builders. “Demand is insatiable right now.”

The market is so strong that builders are having to raise prices to slow down the pace of sales and ensure they won’t blow through inventory, Palacios said. About 70 per cent of builders surveyed by John Burns Real Estate last month said they increased prices, compared with just 27 per cent in the previous July.

The supply of new homes at the current sales pace was four months.

An S&P index of homebuilder shares, which had rallied 30 per cent this year, fell 0.8 per cent at 10:17 a.m. in New York, maintaining earlier declines.