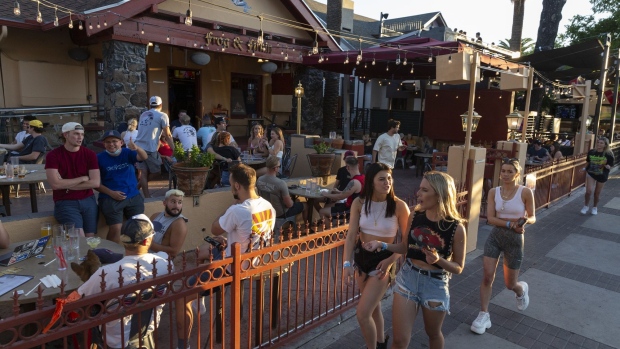 People sit inside a bar in Houston, Texas, U.S., on Saturday, May 23, 2020. Texas bars, bowling alleys and other businesses were able to reopen for the start of Memorial Day weekend as part of Governor Greg Abbott's efforts to revive the state's shattered economy. , Bloomberg

The U.S. posted its worst-ever budget deficit in June as federal government spending more than tripled from a year earlier in a bid to mitigate the economic destruction caused by the coronavirus pandemic.

The nation’s budget gap expanded to US$864.1 billion during the month, reflecting a record US$1.1 trillion in outlays tied in large part to a surge in spending by the Small Business Administration that oversees the Paycheck Protection Program.

The nation’s deficit in the first nine months of the current fiscal year totaled US$2.7 trillion, almost three times as big as the shortfall registered for the entire 2019 fiscal year. Spending so far in fiscal 2020 is a whopping US$5 trillion.

About half of the total outlays in June reflected US$511.4 billion in spending by the SBA. The PPP provides loans and loan guarantees to small firms hurt by the pandemic. The agency’s spending for its business loans program vaulted to US$496.3 billion last month. 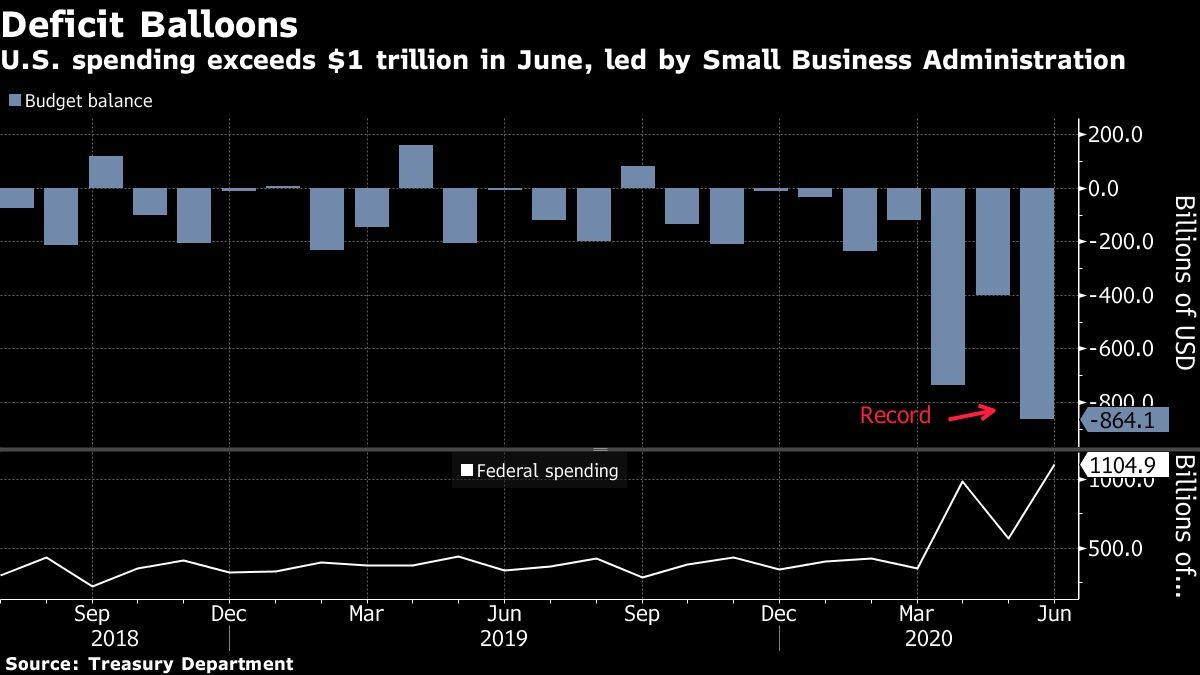 Spending in the federal additional unemployment compensation program rose to US$80.4 billion, while outlays for state unemployment benefits totaled US$35.2 billion. The jobless rate, which soared to a record-high 14.7 per cent in April, was at a still-elevated 13.3 per cent a month later as millions of Americans lost their jobs during state government lockdowns of economies to control the spread of the COVID-19 virus.

The hit to the economy from the pandemic and an extension of the tax-filing deadline also weighed on revenue during the month. Receipts declined 27.9 per cent from June 2019 to US$240.8 billion. So far this fiscal year, the nearly US$2.3 trillion in receipts is down from US$2.6 trillion in the same nine months last year.