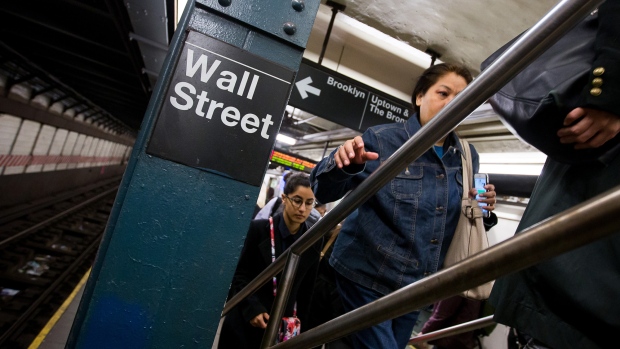 A part of the U.S. Treasury yield curve has inverted again, possibly foreshadowing an economic recession.

The yield on 10-year Treasury notes fell below the three-month bill yield for the first time since March. Normally the spread is positive to compensate investors for inflation risk, so when it turns negative, it may herald an economic slump. This so-called yield curve inversion occurred earlier this year in March, hanging around for about a week before the premium for longer-dated debt was restored. 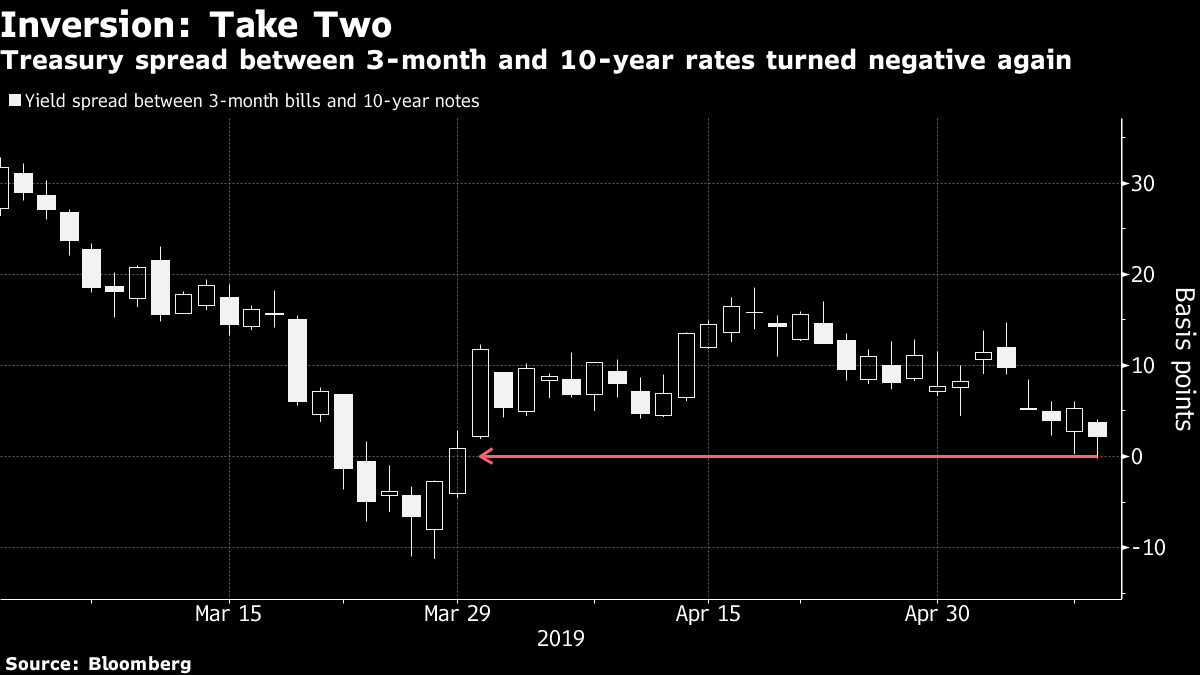 The curve between three months and 10 years has been hurtling toward zero this week as prospects for a trade agreement between the U.S. and China have dimmed. U.S. tariffs on some US$200 billion in Chinese goods are set to increase to 25 per cent Friday in a move that economists and businesses say risks being the most economically consequential of all of Trump’s tariff moves so far.

The 10-year yield on Thursday fell as much as six basis points to around 2.42 per cent as U.S. stocks slumped. Three-month bills also yielded about 2.42 per cent. The curve was briefly inverted in New York morning trading, although the gap has since shifted back to be slightly above zero.