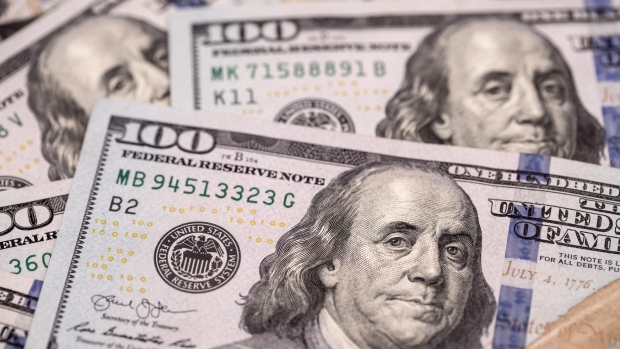 Exchange-traded fund investors will soon be able to hedge the world’s safest asset.

Innovator ETFs will launch two so-called buffer funds tracking long-dated Treasuries on Aug. 18, according to a company statement Friday. They’ll be the first fixed-income products of that category to begin trading amid a surge in popularity for defined-outcome equity funds -- which shield holders against a certain percentage of declines in exchange for a cap on gains.

Buffer funds are increasingly luring investors as stocks reach new highs and coronavirus cases continue to rise. The new ETFs will also debut at a time when Treasury yields are hovering near historic lows, while duration risk -- a measure of sensitivity to interest-rate changes -- is climbing.

Rock-bottom rates have raised questions about the viability of Treasuries as a hedge in traditional portfolio mixes such as 60% equities and 40% fixed-income. Bond buffer ETFs would give advisers a tool to protect their portfolios against the risk of yields turning sharply higher, according to Bruce Bond, chief executive officer at Innovator.

“Historically, it hasn’t been as important as it is today when rates are so low and duration is so extreme,” said Bond. “You’re still going to get a portion of the upside, but the great thing is we’re going to be able to hedge your downside.”

Investors have plowed over US$2.3 billion into defined-outcome ETFs so far this year, according to data compiled by Bloomberg. While Innovator commands the lion’s share of assets, competition is building. Allianz Investment Management launched two buffer ETFs in June, and New York Life Investments’ IndexIQ unit has also filed plans.

Still, a bond buffer ETF might not drum up the strong demand seen for their equity counterparts, according to Bloomberg Intelligence.

“Equity ETFs are an easier sell and more intuitive to the average person,” said BI analyst James Seyffart. “While the TLT buffer products could definitely be a useful tool in certain situations and for certain investors and strategies, I think the equity products have broader appeal.”