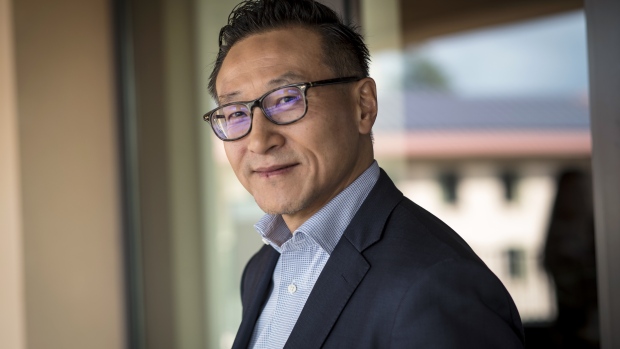 Alibaba Group Holding Ltd. Executive Vice Chairman Joe Tsai is paying about US$3.5 billion for the Brooklyn Nets and their arena, the Barclays Center, according to a person familiar with the deal.

The agreement to buy the basketball team and stadium from Russian billionaire Mikhail Prokhorov may be announced as soon as Friday, said the person, who asked not to be identified because the deal isn’t yet public.

The executive previously bought a 49 per cent stake in the team at a US$2.3 billion valuation, which is a record for a U.S. pro sports franchise. He had until 2021 to exercise the option to take control of the club, which had its already-improved fortunes buoyed this off-season by the acquisition of star free agents Kyrie Irving and Kevin Durant.

Excitement is surging around the franchise, which has spent most of its New York City tenure in the shadow of local rival New York Knicks. The Nets made the playoffs last season for the first time in four years, and adding Durant and Irving could drive up sales of tickets, suites, merchandise and corporate sponsorships.

A Yale Law School graduate, Taiwan-born Tsai is one of Alibaba’s 18 founding members. Before being recruited by Jack Ma, chairman of the Chinese e-commerce giant, in 1999, he worked as a tax lawyer at Sullivan & Cromwell LLP. Tsai also owns the WNBA’s New York Liberty and moved to the U.S. in 1977 to attend an elite boarding school in New Jersey.

As part of the shake-up at BSE, Chief Executive Officer Brett Yormark will announce his resignation Friday, a person familiar with the matter told Bloomberg earlier on Thursday.

Chief executive was instrumental to relocation from New Jersey

As the point person for the Nets relocation and revamp, Yormark led the transformation of the team from a moribund brand to a hip and trendy one. The team finished its first season in Brooklyn in the top five in merchandise sales after coming last the previous year. And a spot on the squad, 42-40 last season, is now coveted by top players in the NBA.

The US$3.5 billion price tag, which includes debt, represents a hefty profit for Prokhorov, whose Onexim Sports & Entertainment in 2010 paid US$223 million for an 80 per cent stake of the team and a 45 per cent share of the arena. In 2015, he consolidated ownership of the Nets and the arena in a deal with real estate developer Bruce Ratner’s Forest City Enterprises Inc. that valued the assets at around US$1.7 billion.

The National Basketball Association prefers that one owner control the team and the arena where it plays.

Rich Asians have been plowing money into professional sports franchises in Europe and around the world, though buying an NBA team is rare. Indonesian Erick Thohir, chairman of the Mahaka Group, was part of the group that owned the league’s Philadelphia 76’ers, but has sold his stake.

Chinese investors have taken more stakes in European soccer teams, including Aston Villa, West Bromwich Albion, Wolverhampton Wanderers and Southampton in England, Italy’s A.C. Milan and Inter Milan, Spain’s Atletico Madrid, and Slavia Prague in the Czech Republic. Though some of the deals haven’t worked out. The Atletico Madrid stake was subsequently sold, and Chinese billionaire Tony Xia, chairman of the Recon Group logistics firm, has given up control of Aston Villa.