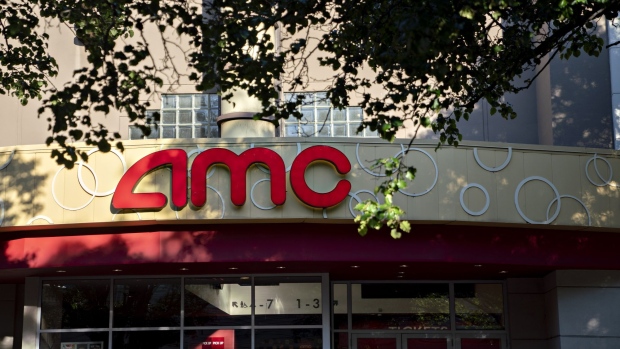 AMC Entertainment Holdings Inc. and bondholders agreed to a debt overhaul that provides cash and time to repay its borrowings while it tries to withstand the shuttering of its movie theaters amid the pandemic.

The company is asking holders of existing subordinated notes to swap for new second-lien secured notes due 2026 that would pay interest as 10 per cent cash or 12 per cent in the form of more notes, according to a statement.

The offer covers four sets of existing notes that mature in 2024 through 2027, AMC said. Participants can also subscribe for a pro rata portion of new 10.5 per cent first lien secured notes due 2026 that total US$200 million.

Silver Lake, the private equity firm that holds a board seat, also agreed buy an additional US$100 million of the new first lien notes at 90 per cent of face value, less a two-per-cent arranger premium, AMC said.

The plan has support from investors who hold 73 per cent of the principal of existing notes, which also represent a majority of the holders of each series of notes, AMC said. It extended the deal’s deadline until July 24.

AMC had been trying for weeks to hash out an accord with stakeholders as it looks to raise cash, manage its more than US$5 billion debt burden and avoid a potential bankruptcy. Companies in the entertainment and leisure industries are among those hardest hit by state and federal guidelines to stay at home.

To manage its borrowings, AMC announced an initial debt exchange in June, asking some investors to swap their subordinated notes for the new 12 per cent second lien secured bonds.

AMC’s term loan due 2026 is quoted at less than 70 cents US on the dollar, while its subordinated bonds hover around 30 cents, according to data compiled by Bloomberg and Trace.

The largest movie theater chain in the U.S. and Europe, AMC reported a first-quarter loss of US$2.18 billion. The company has delayed the reopening of most theaters in the U.S. as Hollywood studios repeatedly shuffle release schedules due to the pandemic.