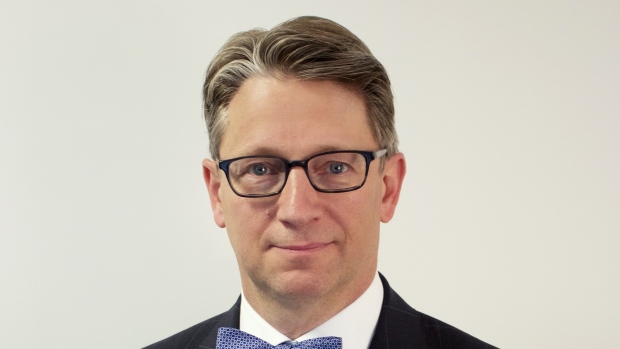 Pierre Lavallee , Provided by the Government of Canada

OTTAWA -- The federal government is shaking up the people in the top spots at the Canada Infrastructure Bank, including saying goodbye to the chief executive and installing a new board chair.

Out is Pierre Lavallee, the first CEO of the infrastructure financing agency that the Liberals created two years ago.

In as the new board chair is Michael Sabia, who was on an advisory group that recommended the creation the agency, and a former chief executive of the Caisse de depot et placement du Quebec that is behind an electric-rail project in Montreal that the bank is backing.

In a statement, the Liberal says the changes "signal a new phase" for the financing agency and come at "critical time" to address the "health and economic consequences" of COVID-19.

The Trudeau Liberals created the bank in late 2017 to use $35 billion in federal financing over a decade to help governments at all levels partner with the private sector to build revenue-generating roads, highways, bridges and electricity and water systems.

About $15 billion of that is money the government doesn't expect to get back.

The agency faced political opposition at its creation, and then criticism for the slow pace at which it was evaluating and signing deals.

In a statement, Finance Minister Bill Morneau said Sabia's experience with infrastructure would be "a critical asset as the bank accelerates its activities." Sabia becomes chair on April 15 to replace former RBC executive Janice Fukakusa, who signalled her interest in stepping down months ago.

The agency had told Finance Department officials last year that it had 25 projects on the verge of being announced by early 2020 and was looking to engage with investors in Canada, the U.S., the U.K., Japan and China.

The update, from a briefing note and accompanying presentation provided to the top civil servant at the Finance Department, also noted a need to effectively tell Canadians about the agency's work.

The Canadian Press obtained a copy of the document under the Access to Information Act.

One presentation slide says the bank should "demonstrate the public benefit" -- the words are underlined -- from projects to back up its investment decisions, and the benefits "clearly communicated to Canadians."

The rest of the page, discussing communications, has been blacked out.

The document also says that the agency should "lead in disrupting" how things get built in this country, as well as how governments cover the cost.