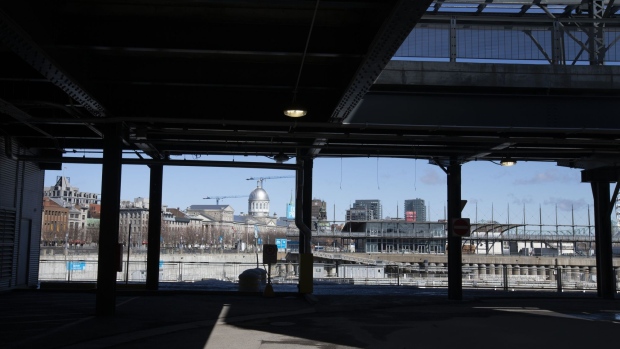 Montreal should seek permission to run a deficit and consider selling special bonds to help fund its economic recovery from the coronavirus, according to an expert report it commissioned.

“Stimulus bonds” are needed in addition to aid from federal and provincial governments after lockdown measures hurt revenue, especially from public transportation, the report says. Montreal has been reopening its economy slowly after COVID-19 spread inside nursing homes, killing nearly 3,000 people in Canada’s second-largest city and making it one of the epicenters of the pandemic in North America.

Local governments in Canada are not allowed to run operating deficits in most cases, though they do issue debt to help fund capital projects. The city of Montreal is rated AA- by S&P Global Ratings and Aa2 by Moody’s Investors Service.

The deficit proposal appears “pertinent,” said Mayor Valerie Plante, who said the city is already in the red and waiting for the federal and Quebec governments to follow up on pledges to help the city. The report by economists and other experts says Montreal should ask Quebec to temporary suspend the rules that require it to balance its books.

“When you want to support the economy you need levers, a strong strategy,” Plante said during a press conference. Under current rules and without government support, “I have two options left: tax, cut services, or both.”

The report makes 16 recommendations on how to help the city recover, from easing property taxes for some sectors to helping workers get together and buy companies.

A lobby group for municipal governments has asked for at least $10 billion in emergency funding to deal with shortfalls in subway and bus fares, user fees and other revenue sources. Prime Minister Justin Trudeau this week offered to give them an advance on billions of dollars of gasoline tax money that is earmarked for cities and towns.