Jobs market signals a false positive in the first half of 2019: PIMCO

Canada’s labour market stalled for a second straight month as the private sector shed jobs, a sign the nation’s economy may be gearing down in the back half of the year.

The country lost 24,200 jobs in July, Statistics Canada said Friday in Ottawa, versus expectations for a gain of about 15,000. That follows a decline of 2,200 jobs in June. The unemployment rate rose to 5.7 per cent, a second straight increase after reaching a four-decade low of 5.4 per cent in May.

The labour market appears to be pulling back from a torrid pace that saw 247,500 new jobs added in the first six months of 2019, one of the strongest first half performances on record. The question now is whether the slowdown is simply a natural paring back from an unsustainable pace of employment growth, or the start of a more ominous downtrend.

“The Canadian job market remains robust, with unemployment rates remaining near historic lows,” said Brett House, deputy chief economist at Bank of Nova Scotia. Still, the report “may be an early sign of economy-wide cooling into the second half of 2019.”

The Canadian currency slipped initially on the report, dropping as much 0.2 per cent to C$1.3259 per U.S. dollar, before returning to gains amid rising oil prices. Yields on two-year Canadian government bonds were little changed.Weaker employment numbers may also stoke bets on Bank of Canada interest rate cuts, though accelerating wages should give the central bank pause when it comes to easing. Evidence of accelerating wages was one of the few pockets of strength, with hourly pay up 4.5 per cent in July from a year ago. That’s the strongest annual rise in a decade and may reflect the effects of labour-market tightening earlier this year. 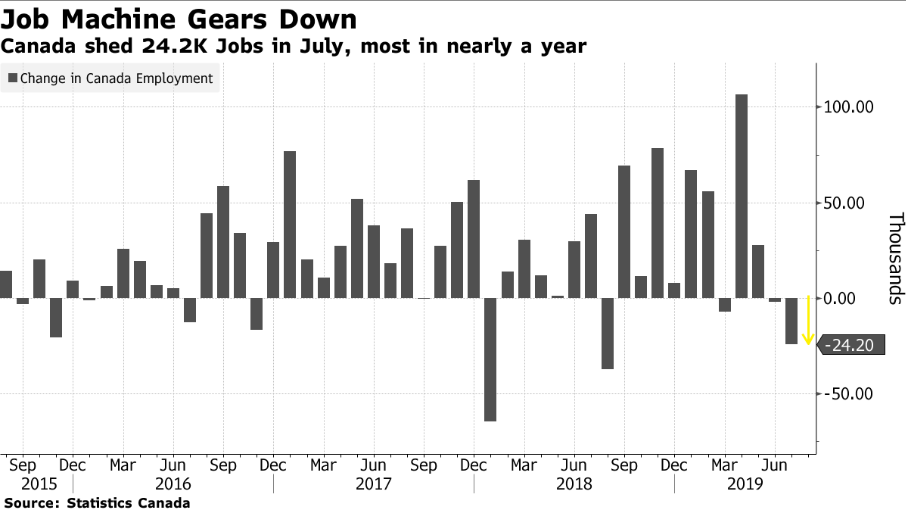 “The report had a bit for both buyers and sellers,” said Simon Harvey, a London-based currency analyst at Monex Europe Ltd, citing the offsetting factors of negative job growth and faster wage gains.

At the very least, back-to-back poor readings for employment affirm expectations the economy is slowing from a strong second-quarter performance. The underlying details of the July report were also weak. Hours worked on a year-over-year basis slowed sharply, and the number of people employed by private sector companies plunged by 69,300, the most since the last recession. 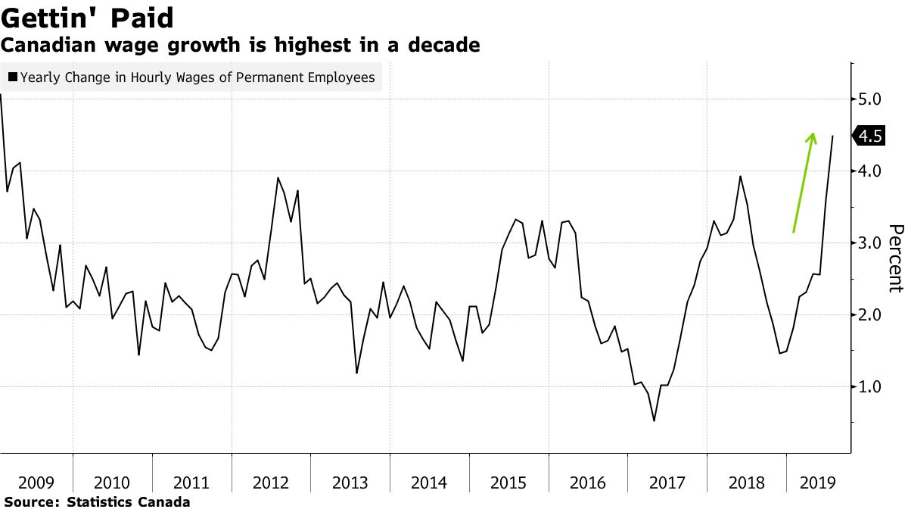 One area of strength was the construction sector, which recorded a 25,000 gain in employment. Service industries as a whole were the laggards, with a 26,300 drop that was the largest since January 2018. There were declines in both full-time and part-time employment in July.

Wages continued to show signs of strength. Annual hourly pay gains are up more than two percentage points from levels at the start of the year.

--With assistance from Erik Hertzberg and Katherine Greifeld 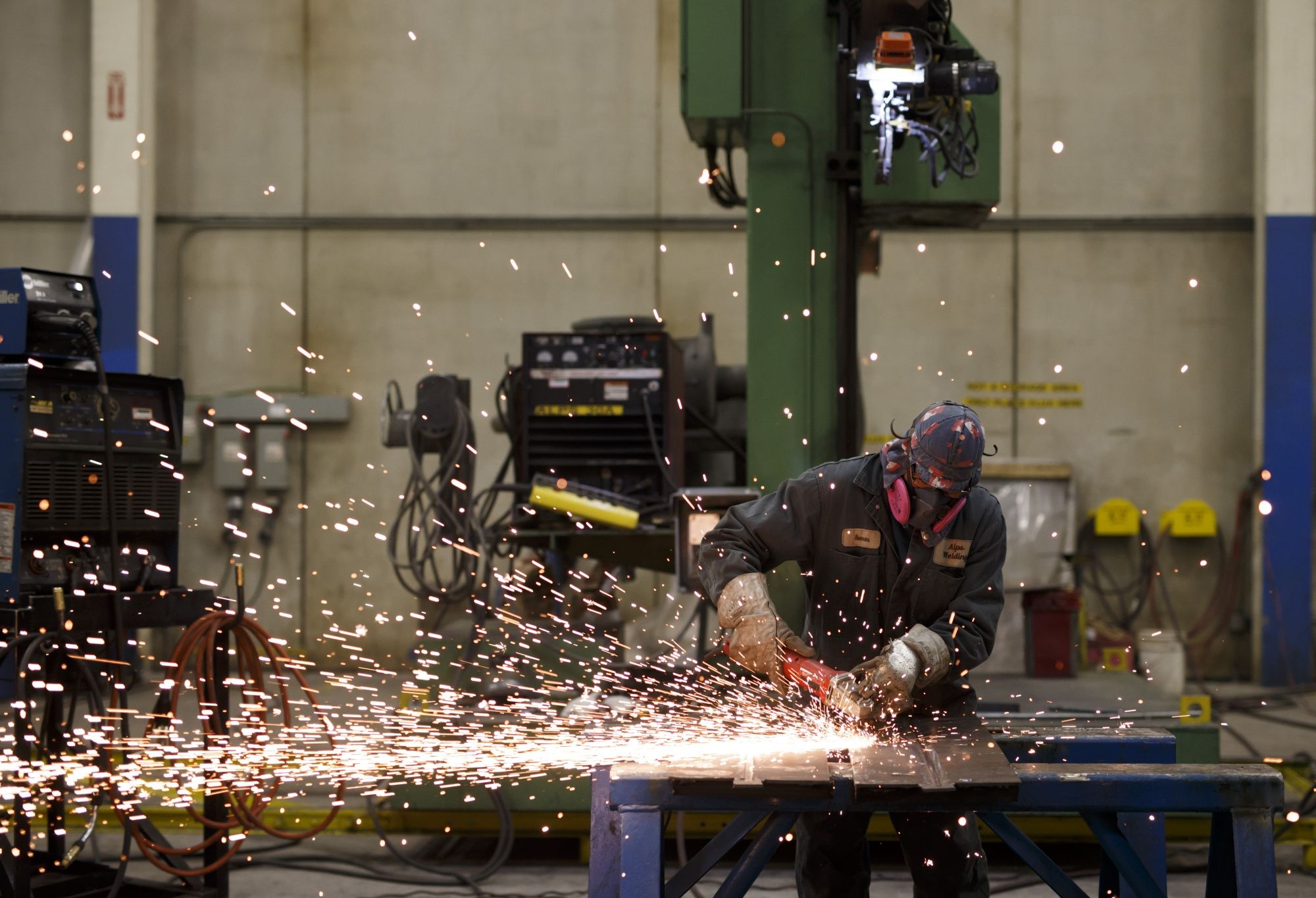 How does Canada’s labour market feel compared to a year ago?