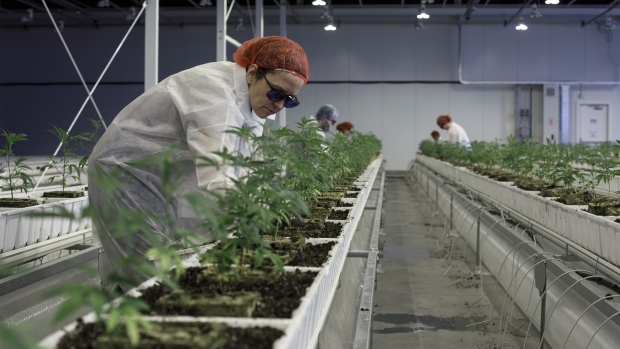 Inventory data from the Ontario Cannabis Store's online store shows that the sales bump seen earlier in the month may have trailed off after taking stock over the past weekend, BMO Capital Markets analyst Tamy Chen said in a report released on Tuesday.

For example, inventory levels of dried flower on the OCS website fell by 13,000 items during the week of March 13, Chen said. Those levels bounced back two weeks later to show a decline of just 2,300 items, a sign that cannabis producers were better equipped to replenish their inventory, she said. Similar inventory moves were observed with vape products on the OCS website.

Shares of cannabis companies briefly surged last week after anecdotal reports suggested strong sales across the industry as people across North America stocked up on legal pot ahead of quarantine measures.

Of the companies tracked by BMO, Aurora Cannabis Inc. had the most net sales over the past month with about 6,400 dried flower items sold, while Canopy Growth Corp. sold about 5,800 items. BMO did note that Aurora hasn't replenished its inventory as much as its peers have.

Chen added in the report that the COVID-19 outbreak may continue to weigh on overall sales for the rest of the year. New shop openings in Ontario may be "gradual" due to regulatory restrictions in approving and processing licensed outlets as well as the financial health of retail store applicants, she said.