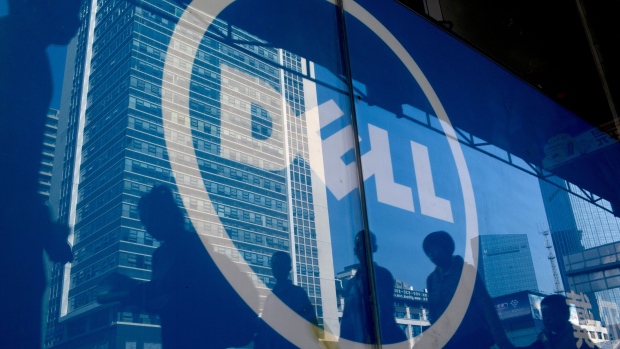 Dell Technologies Inc. notified employees that it will eliminate jobs this week as the hardware giant seeks to cut costs while navigating a faltering global economy.

Chief Operating Officer Jeff Clarke told staff during a quarterly all-hands meeting Monday that the workforce reductions won’t be limited to any particular team or division within Dell, said a person familiar with the situation, who asked not to be identified discussing internal meetings.

“We’re also evaluating our business to make sure we have the right number of team members in the right roles and in areas where customers need us most,” a Dell spokesman said in a statement.

Round Rock, Texas-based Dell has faced uneven demand during the coronavirus pandemic. While businesses and consumers have snapped up personal computers to enable working from home, some businesses have become more cautious in major data-center purchases. Dell had already suspended 401(k) matching and promotions for the fiscal year.

The company declined to specify the number of job reductions. Dell had 165,000 employees as of the end of January, according to filings.

The PC maker has also rolled out its remote-working plan to employees in countries around the world, Clarke told staff Monday. The company is letting employees work from home as much as they would like, from one to five days a week post-pandemic, as long as they have manager approval. Dell has said that it isn’t making any adjustments to compensation “at this point in time,” and will give remote workers a one-time stipend of US$400 for home-office equipment.

“We’re addressing our cost structure to make sure we’re as competitive as we should be now and for future opportunities,” the spokesman said of the job cuts. “While we do this type of organizational review regularly, and while it always results in some job loss or restructuring, we recognize that there is nothing routine about today’s environment. We updated our team today with this information so they understand the actions occurring this week.”

Chief Executive Officer Michael Dell has tried to refocus his namesake technology empire on areas with the greatest strategic importance such as data-center hardware, while making divestments to help the business pay down its debt. Dell sold cybersecurity vendor RSA to a consortium of investors earlier this year and has said it’s exploring a spinoff of the company’s 81% stake in software maker VMware Inc. No deal will happen before September 2021, so that a transaction would be tax-free, Dell has said.

Dell last month said it had US$34.1 billion in core debt, mostly stemming from its 2016 acquisition of EMC Corp., and is focused on attaining an investment-grade credit rating.