CIBC sold US$500 million of five-year securities at 63 basis points over U.S. Treasuries, about 22 basis points tighter than the initial price talk disseminated by dealers, according to Bloomberg data. That’s around 4 basis points and 15 basis points through the lender’s bond yield curves in dollars and Canadian dollars, respectively, said Jessica Steinberg, a Toronto-based spokesperson for CIBC. 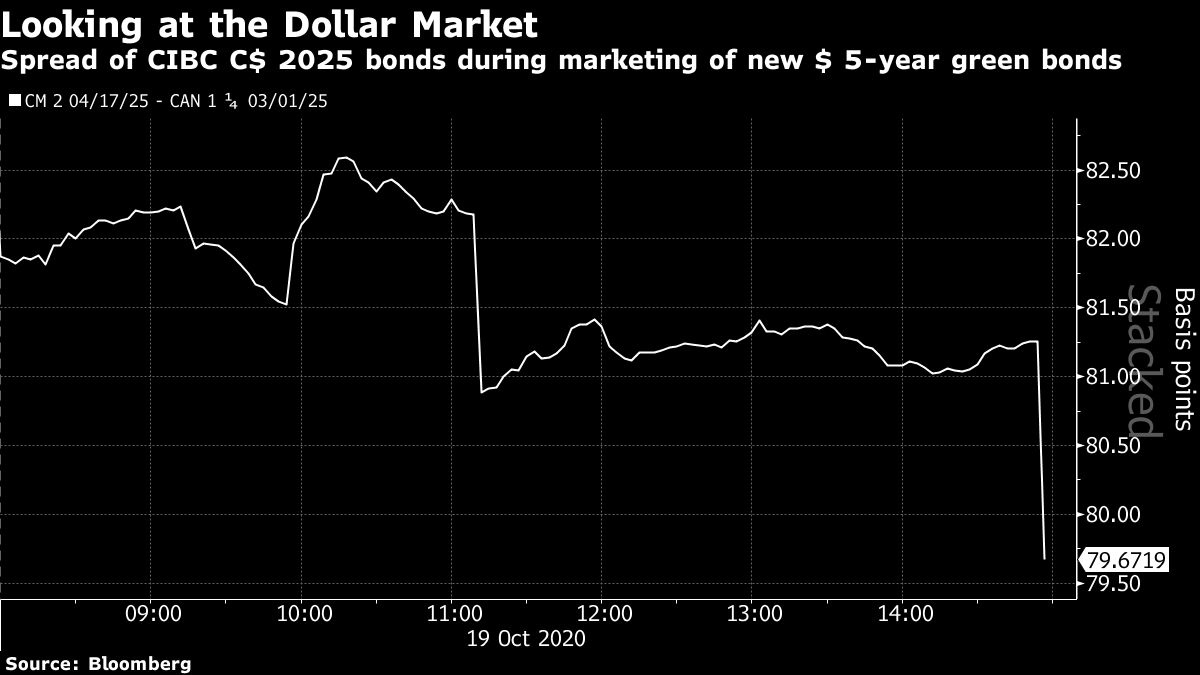 The bank went ahead with the sale after its bigger rival Toronto-Dominion Bank sold its first sustainable bond deal and priced US$500 million of three-year floating-rate notes Sept. 23, according to Bloomberg data. Before CIBC’s deal, Canadian corporates and public entities have sold at least US$7.64 billion, similar to the amount raised in the same period a year earlier.

Other issuers had already managed to price ESG transactions at tighter spreads than their conventional securities. For instance, Alphabet Inc. saved about three to five basis points by doing the deal in an ESG format in August, said Jonny Fine, head of investment-grade syndicate for the Americas at Goldman Sachs Group Inc. at that time.

In the wider market of environmental, social and governmental labeled debt, CIBC sold C$1 billion of three-year deposit notes to support lending to companies which are committed to promoting women to executive positions back in 2018.

Proceeds of CIBC’s green bonds can be used in eight categories, which include activities such as building retrofits or soil remediation, according the framework released earlier this year. Canada needs to invest C$128 billion over the next 10 years to meet its 2030 target of reducing greenhouse emissions to 30% below 2005 levels, according to a report released last month by the Institute for Sustainable Finance.