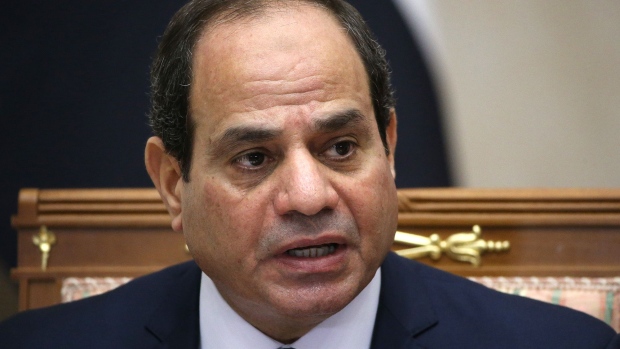 Mahmoud Kamal Esmat was named in the Public Enterprises portfolio as Egypt seeks to attract investment in state-owned companies and generate funds. El-Sisi made no changes to the finance, energy, defense or foreign minister posts.

Soaring oil and commodity prices have hit one of the world’s largest wheat importers hard, as has the loss of tourists from Russia and Ukraine. The conflict has put pressure on Egypt’s currency and prompted it to seek International Monetary Fund assistance to bolster one of the Arab world’s key economies.

Here are the other cabinet appointments reported by CBC:

Egypt is seeking to raise $41 billion to pay for its current account deficit and maturing debt by the end of 2023, with financing from Gulf neighbors potentially crucial. On Aug. 10, a unit of Saudi Arabia’s sovereign wealth fund scooped up state-owned stakes in four Egyptian publicly listed companies for $1.3 billion, as part of the kingdom’s commitment to channel resources.

“I called on the parliament to discuss the amendment of a number of ministerial portfolios to develop the government’s performance in some public files at the internal and external levels, which contribute to protecting the interests of the state and its capabilities and directly affect the services provided to the Egyptian citizen, for which we all work,” El-Sisi said in a Facebook post.