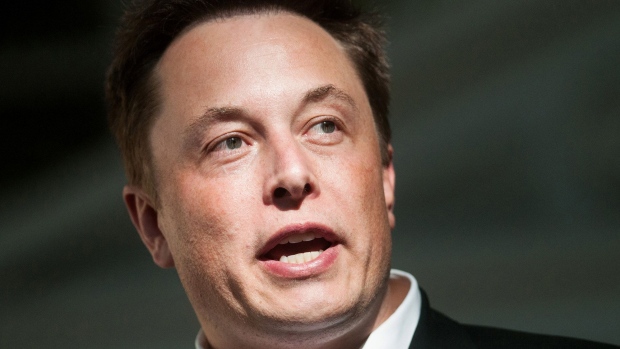 Elon Musk beat back a defamation claim from a British cave expert who sued the billionaire CEO over a tweet in which Musk labeled Vernon Unsworth a “pedo guy.”

A federal jury in Los Angeles found Friday -- in less than two hours -- that Musk’s insult fell short of defamation.

“My faith in humanity has been restored,” Musk said after the verdict.

It’s another win for Musk, 48, who’s managed to get out of legal trouble relatively unscathed. Musk agreed to step down from his role of chairman of Tesla Inc. for three years in 2018 to settle a U.S. Securities and Exchange Commission lawsuit over a tweet the regulator said misled investors. But he’s run Tesla and SpaceX as usual.

“It’s the last formal distraction from when Elon Musk went off the Twitter rails in 2018,” said Gene Munster of Loup Ventures. “Putting that to rest -- regardless of what the jury decided --is a step forward for Musk.”

Unsworth had sought $190 million in damages for the harm he claimed to have suffered from the tweet, and to punish Musk. Musk said he fired off the tweet in anger after Unsworth insulted him and his team in a television interview.

“I respect the jury’s decision,” Unsworth said after the verdict. “I’ll take it on the chin and move on.”

His lawyers were less gracious, repeatedly referring to Musk as a “billionaire bully.”

L. Lin Wood, one of Unsworth’s lawyer, said he wasn’t happy with the outcome. “He deserved a different kind of justice,” Wood said. Wood said he hasn’t decided whether to appeal the verdict.

The four-day civil trial featured Wood, and Alex Spiro -- two heavyweights squaring off in the courtroom. Wood had represented Richard Jewell, the security guard falsely accused of being connected to the Centennial Olympic Park bombing during the 1996 Summer Olympics.

Spiro issued a five-word statement after the verdict.

It was the first time that Musk has been called as a witness at a trial, despite numerous legal spats, including one with the U.S. Securities and Exchange Commission over a tweet the regulator said misled investors.

Musk told the jury the tweet aimed at Unsworth shouldn’t have been taken literally and was sent because the caver insulted his effort to help rescue members of a Thai soccer team from a flooded cave in 2018.

The rescue effort had riveted the attention of the world’s media. Musk and engineers at his companies prepared a mini submarine, built with rocket parts, to help. The kids, aged 11 to 16, were saved without the use of the sub.

The high-profile effort from the celebrity CEO drew derision from Unsworth, who knew the caves well and helped in the rescue effort. He told CNN that Musk could “stick his submarine where it hurts” and that it had no chance of working.

Musk responded on Twitter, calling Unsworth a “pedo guy” and adding: “Never saw this British expat guy who lives in Thailand (sus) at any point when we were in the caves.” Sus -- meaning suspect, or suspicious.

Later, he asked why Unsworth hadn’t sued him. Musk also hired a private investigator to dig into Unsworth’s personal life and leak information to British tabloids.

Unsworth, a financial consultant who divides his time between England and Thailand, described to the jury the effect the tweet had on him.

“When you combine ‘sus’ and ‘pedo guy,’ I took it as I was being branded a pedophile,” Unsworth said on Wednesday. “I feel vulnerable and sometimes, when I’m in the U.K., I feel isolated.”

It was a tweet heard around the world. An expert witness for Unsworth told the jury that 490 English-language stories were published mentioning the “pedo guy” tweet -- not including stories about the litigation.

Musk, who had apologized to Unsworth on Twitter, did so again in court. But Unsworth told the jury he had nothing to apologize for to Musk.

Musk told the jury he found Unsworth’s comments in the CNN interview wrong and insulting -- especially to his team which he said worked hard to help in the rescue effort -- and so he fired back.

“I thought he was just some random, creepy guy that the media interviewed,” Musk said of Unsworth.

Spiro said in his closing argument that Unsworth hadn’t provided any evidence showing he was harmed by the tweets. Although Unsworth claimed on the stand to have suffered emotional damage from being a called a pedophile, Spiro said nobody believed he was accused of the crime.

Spiro also argued that there had been no independent confirmation that Unsworth suffered emotionally. Unsworth’s Thai companion, Tik, was the only one who noticed when he had a “bad day,” the caver told the jury. But Tik never testified.

“Tik’s been with him through this whole thing,” Spiro said. “Where’s Tik?”