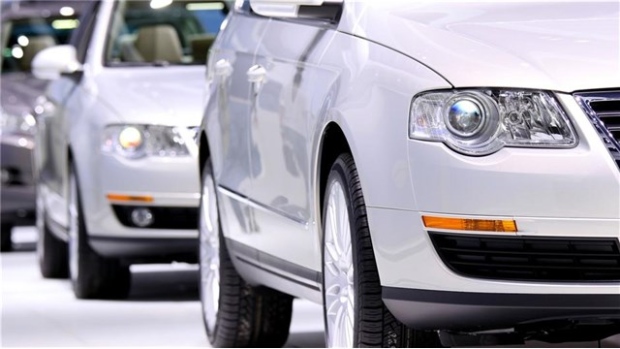 The European Union is preparing a new list of American goods to hit with protective measures, according to a person familiar with the move, in case a mission to Washington next week fails to persuade U.S. President Donald Trump not to raise car tariffs.

The European Commission briefed EU ambassadors Wednesday on trade relations with the U.S., and said it was working on so-called rebalancing measures that would be ready immediately if the U.S. imposes levies on European car exports, said the person, who asked not to be named because the meeting was private.

When Commission President Jean-Claude Juncker meets with Trump on July 25, he’ll bring two main negotiating proposals in an effort to tamp down the escalating trade tensions: an offer to discuss the reduction of levies on cars and car parts among all major auto-exporting countries in a so-called plurilateral deal; and the possibility of broaching a limited free-trade agreement, according to a separate official familiar with the EU’s thinking.

The U.S. is in the midst of a probe into whether car imports damage national security, which could trigger the 20 per cent tariff on autos that Trump has threatened. Washington has already hit the EU with duties on its steel and aluminum exports using the same national-security justification, which led to European levies on 2.8 billion euros (US$3.3 billion) of American goods.

The U.S. expressed optimism that the two sides may come to an agreement, with White House Economic Adviser Larry Kudlow saying on Wednesday that the commission president “is bringing a very important free-trade offer.”

The EU isn’t allowed under global rules to reduce its 10 per cent tariff on American cars unless it either does so for all WTO members or reaches a bilateral accord with the U.S. that covers “substantially all” two-way trade. A plurilateral deal modeled after the Information Technology Agreement, which abolished tariffs on some IT products traded between its signatories, is allowed under WTO rules.

Plurilateral accords involve a group of like-minded countries that are typically limited to specific sectors of goods or services. The WTO permits these types of negotiations as long as the benefits are provided to all WTO members on a most-favored nation basis. It is faster and less burdensome to negotiate these accords rather than multilateral deals because they don’t require the approval of all 164 WTO members.

EU member states are divided on the next course of action, according to a separate official. Germany, which shipped 640,000 cars to the U.S. last year, is eager to negotiate a solution with the U.S. administration.

The French are less enthusiastic and consider the new auto tariffs a foregone conclusion, according to another official. They want Juncker to approach the Trump meeting with options, but say now isn’t the time to negotiate.

“We now have to avoid escalation,” French Economy Minister Bruno Le Maire said in Paris earlier this month. “That is in the hands of the U.S. and Donald Trump. Attacking allies and breaking international laws is not the right way.”

--With assistance from Nikos Chrysoloras.