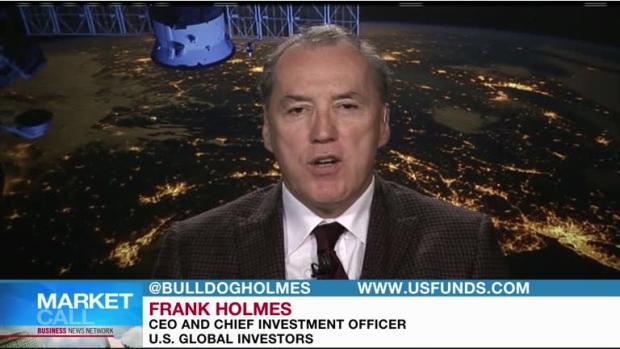 MARKET OUTLOOK
There are numerous things moving markets right now, the first being whether or not Trump will have the ability to deregulate and streamline regulations, from Sarbanes-Oxley to Dodd-Frank. If he can, then small-cap stocks could see rejuvenation in attracting capital. The burden of regulations in the current environment has led to a 75-per-cent decline in IPOs, for example, simply due to costs going from around $80 million up to $280 million. Another notable point is that the secular decline in bond yields is over; they are starting to go back up again. Lastly, in regards to precious metals (and in events reminiscent of 1997 and 2006), we are seeing an unwinding of the carry trade, which is putting pressure on gold. Investors have been buying Japanese debt at zero-per-cent interest rates, to buy gold and emerging markets. But now, Japan is calling in its debts, causing investors to sell their gold and emerging markets investments.

WPT INDUSTRIAL REIT (WIRu.TO)
Pays monthly dividend. Can be used as an “embedded hedge” against the strong dollar. Yield is 6.7 per cent. (We own WPT in our subsidiary Galileo, not me personally, not U.S. Funds).

FRANCO-NEVADA CORP (FNV.N)
One of the best ways to play gold is royalty and streaming companies, and Franco is one of my favourites. I’ve always advocated for a 10 per cent weighting in gold — five per cent in bullion and five per cent in gold stocks. (We own Franco in U.S. Funds, not me personally, not in Galileo).

CREW ENERGY (CR.TO)
Light oil and natural gas producer in Canada. (We own Crew in our subsidiary Galileo, not me personally, not U.S. Funds).

*Owned in Galileo subsidiary, but not U.S. Funds.

FUND PROFILE: U.S. GLOBAL JETS ETF (JETS.N)
U.S. Global Jets ETF is the only airline-related ETF on the market right now. The U.S. Global Jets ETF celebrated its 12-month anniversary in April of this year. During the first year of trading, the ETF surpassed $60 million in assets and had $54 million in assets as of May 5, 2016. The ETF has remained extremely liquid, demonstrated by the daily average trading volume exceeding 54,000 shares over the past year, along with additional liquidity provided by both available call and put options. JETS was nominated for best ETF ticker of the year by ETF.com.

This week, many investors have their eyes on JETS and the airline industry in general after Warren Buffett (who has famously shunned the industry) changed his mind on airlines. In company filings by Berkshire Hathaway, the company revealed that it has purchased shares in American Airlines, United Continental and Delta as of September 30. CNBC also reported that Berkshire has purchased shares in Southwest Airlines after September 30. The U.S. Global Jets ETF has its top holdings in these names.

The airline industry is also gearing up for what may be a record holiday travel season. One million more Americans are expected to travel this Thanksgiving, compared to last year, according to the AAA travel forecast.