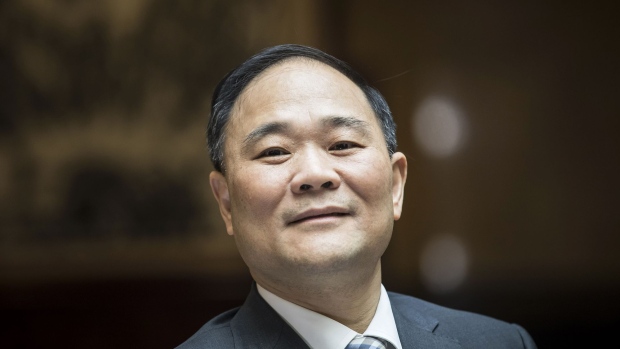 Founded nearly 20 years ago, Meizu was one of the pioneers of China’s fast-follower cadre of phone makers who built up their market by closely imitating the look and feel of Apple Inc.’s iPhone. Hubei Xingji Shidai Technology Co., a mobile device company founded by Li in 2021, has signed an agreement to acquire 79.09% of Meizu, according to a company statement released by Xingji Technology.

Meizu will continue to operate as an independent brand, while Xingji is developing “a portfolio of next-generation smartphones, mobile devices, and wearable smart devices that will utilise XR technologies.” Extended reality (XR) tech is a broad umbrella term for augmented and virtual reality applications, services and devices.

Under the agreement, the two companies will “collaborate to integrate mobile technologies” and provide users with “bundled cross-platform services,” the statement said.

The main entity under Li’s empire, Geely Automobile, is accelerating its shift toward a more electrified, intelligent, and upscale product portfolio to capitalize on growing demand from Chinese car buyers. It launched a dedicated electric-car brand, Zeekr, in 2021 as a combination of the characteristics of a tech company with Geely’s carmaking expertise, Geely President An Conghui said in an interview with Bloomberg Television last year.

Zeekr is aimed to steal an edge on tech giants like Apple and Xiaomi Corp., which appear poised to start treating cars as a piece of hardware that’s constantly improved with software upgrades, An added. The acquisition of Meizu seems to bring Li’s competition with those leaders in the smartphone space to their market before they have entered his.

“The ever-increasing integration of consumer electronics into our daily lives is driving demand for interoperability across multiple platforms,” Li said. “Future development will be driven by integrated relationships across multiple devices and platforms that deliver an immersive experience for end users.”