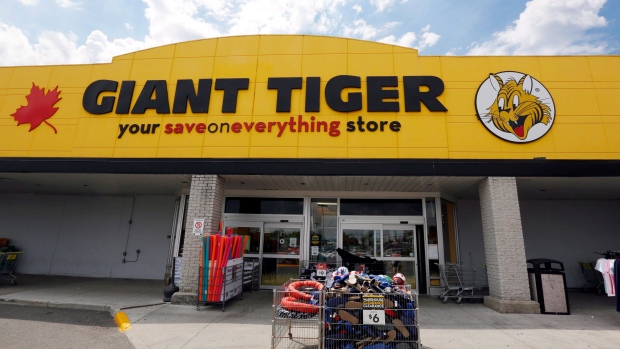 Reid, who founded Giant Tiger 59 years ago with its first store in Ottawa's ByWard Market in 1961, is to hold the newly created role of chairman emeritus.

His eldest son, vice-chair Scott Reid, will take over as chairman of the board. The company says the younger Reid, an MP representing Lanark-Frontenac-Kingston, obtained clearance from the House of Commons' Ethics Commissioner in advance for the change.

Giant Tiger says Wood has been with the chain for 17 years and recently helped set up the purchase of 36 stores from the North West Company Inc., the development of a distribution centre in Johnstown, Ont., and the construction of a new home office in Ottawa.

The chain, which has more than 250 stores and 9,000 employees, says it is expected to remain a privately held, Canadian-owned company.

“I'm humbled to have been asked to take on the role of CEO and look forward to working with our team to continue serving communities and ensuring our customers have access to great products and exceptional value at everyday low prices,” said Wood.