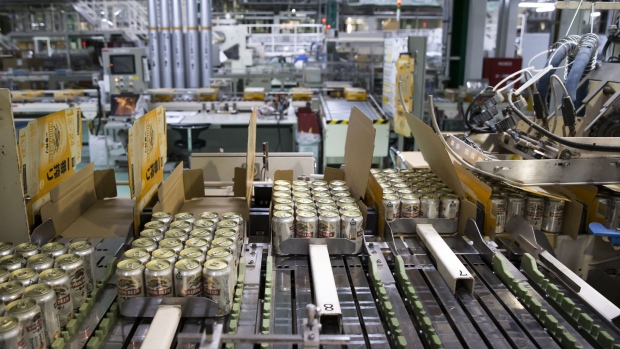 Cans of Kirin Ichiban beer are arranged for a photograph at the Kirin Brewery Co. factory in Toride, Ibaraki, Japan, on Thursday, May 31, 2018. Kirin Holdings Co., the parent company of Kirin Co., aims to reach 100 billion yen ($910 million) in sales of food and beverages aimed at appealing to wellness concerns in the next two decades, according to chief executive officer Yoshinori Isozaki. , Bloomberg

The Tokyo-based company is in discussions with the Chinese conglomerate and reviewing potential buyers for its stake in China Resources C’estbon Beverage (China) Co., which could fetch about $1 billion, the people said, asking not to be identified as the information is private.

The asset could get new Chinese investors as part of a mixed-ownership program the government is encouraging, the people said. Deliberations are ongoing and details such as timing and the size of the deal could still change, the people said.

A representative for Kirin declined to comment, while China Resources didn’t immediately respond to a request for comment.

Kirin bought the 40% stake in the non-alcoholic beverage venture for about $400 million in 2011, according to a filing at the time. The joint venture largely focuses on the bottled-water business under China Resources’ major brand “C’estbon.”