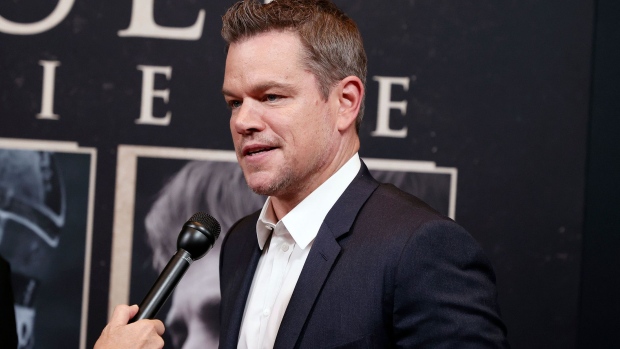 Actor Matt Damon will be the face of Crypto.com as the cryptocurrency platform seeks to lure new users to its service and bring the industry into the mainstream.

This marks the first global marketing push for Crypto.com, which has grown its user base about tenfold since last year amid rising interest in cryptocurrencies like Bitcoin. It will spend more than $100 million on the campaign, as ads starring Damon and directed by cinematographer Wally Pfister are to air in more than 20 countries.

“I’ve never done an endorsement like this,” Damon said in an interview. “We’re hoping this is the beginning of a great long-term collaboration.”

Cryptocurrency platforms like Crypto.com, FTX and Coinbase are pumping money into marketing this year as well as signing deals with sports leagues and teams. Celebrities are getting involved too, through partnerships or their own personal investments.

“This is a defining moment for the company and for the industry,” said Chief Executive Officer Kris Marszalek.

Bitcoin prices have about doubled year to date, hitting a high of $66,976 earlier in October. The rising prices of and interest in a wide variety of cryptocurrencies has coincided with increasing attention from celebrities ranging from Amitabh Bachchan to Kim Kardashian.

Marszalek’s company was founded in 2016 and is based in Hong Kong. It has about 10 million customers for its app and a crypto-card program offered in conjunction with Visa Inc.

Damon, who’s an investor in Crypto.com, said he’s conservative with his investments and will typically “ride or die with the economy” as he concentrates on his day job making movies.

He connected with the company through talks about his nonprofit organization Water.org. Crypto.com made a $1 million donation and is starting initiatives to encourage users to support the charity with cryptocurrency.

“It’s certainly great for us,” said Damon. “We can put it right to use.”