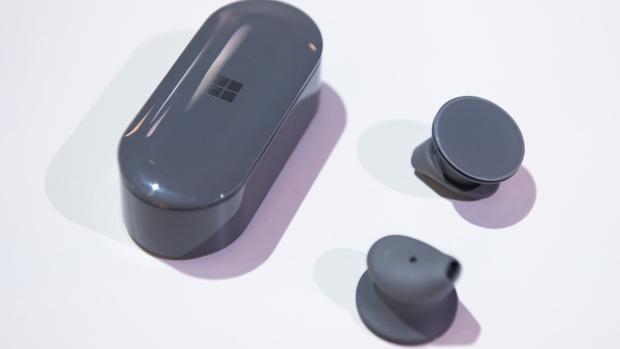 Microsoft Corp. delayed the launch of its Surface Earbuds, missing the 2019 holiday shopping season. The software giant is the latest company to stumble in a race to catch up with Apple Inc.’s popular AirPods.

The Surface Earbuds will come out in spring 2020, not this year as previously planned. The announcement was made by Panos Panay, the company’s chief product officer, on Twitter.

The wireless earbuds were announced earlier this year, and like AirPods, are cord free. The Microsoft version has a circular shape, integrates with a voice assistant and can be used to control Microsoft software like PowerPoint.

At US$249, the Surface Earbuds are priced the same as Apple’s new AirPods Pro, but the delay means Microsoft will be missing out on a key category this holiday season.

Google has also been working to upgrade its wireless earbuds. That product will also be missing this holiday season. The company is aiming for a release in the spring at a price of US$179.