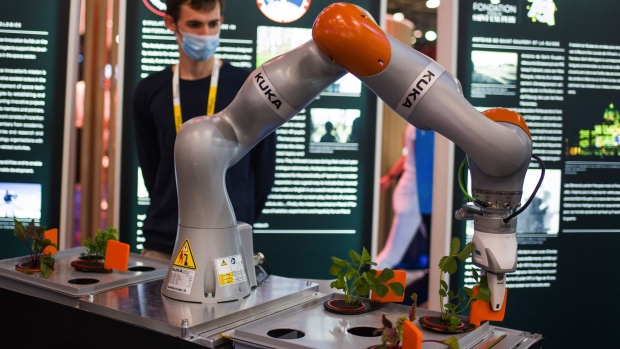 Midea, based in the southern Chinese city of Foshan, has been speaking with potential advisers about a plan to eventually relist Kuka, according to the people. Shanghai’s Nasdaq-like Star board is among the exchanges under consideration, the people said.

Shares of thinly-traded Kuka have more doubled in Frankfurt this year, giving the company a market value of about 3 billion euros ($3.4 billion). Midea already owns more than 95% of Kuka following a 2016 takeover bid. The Chinese group said Tuesday it plans to squeeze out the remaining minority shareholders and delist the company from the German bourse.

Midea could float Kuka again in the next year or two, though it hasn’t set a firm timetable, one of the people said. It may wait until Kuka has grown its Chinese operations further before proceeding with the share sale, another person said.

A representative for Midea referred to the company’s official announcements, declining to comment further. A spokesperson for Kuka declined to comment.