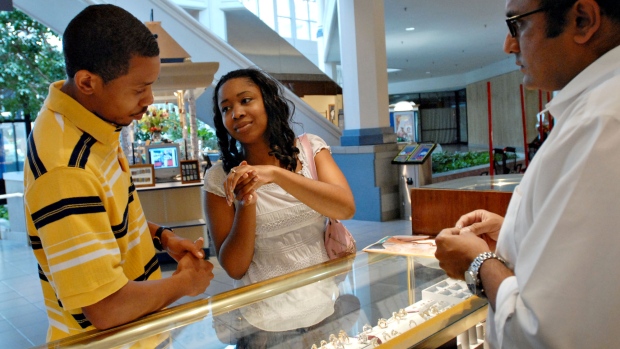 Americans under the age of 45 have found a novel way to rebel against their elders: They’re staying married.

New data show younger couples are approaching relationships very differently from baby boomers, who married young, divorced, remarried and so on. Generation X and especially millennials are being pickier about who they marry, tying the knot at older ages when education, careers and finances are on track. The result is a U.S. divorce rate that dropped 18 per cent from 2008 to 2016, according to an analysis by University of Maryland sociology professor Philip Cohen.

Demographers already knew the divorce rate was falling, even if the average American didn’t. Their question, however, was why? And what do current trends mean for the marital prospects of today’s newlyweds?

One theory is that divorce rates are falling largely because of other demographic changes—especially an aging population. Older people are less likely to get divorced, so maybe mellowing boomers were enough to explain the trend. Cohen’s analysis of U.S. Census Bureau survey data, however, suggests something more fundamental is at work. Even when he controls for factors such as age, the divorce rate over the same period still dropped 8 per cent.

The marriage rate has also fallen over the last several decades. But Cohen calculates the divorce rate as a ratio of divorces to the total number of married women. So, the divorce rate’s decline isn’t a reflection of a decline in marriages. Rather, it’s evidence that marriages today have a greater chance of lasting than marriages did ten years ago.

“The change among young people is particularly striking,” Susan Brown, a sociology professor at Bowling Green State University, said of Cohen’s results. “The characteristics of young married couples today signal a sustained decline [in divorce rates] in the coming years.”

Young people get the credit for fewer divorces because boomers have continued to divorce at unusually high rates, all the way into their 60s and 70s. From 1990 to 2015, according to Bowling Green’s National Center for Family and Marriage Research, the divorce rate doubled for people aged 55 to 64, and even tripled for Americans 65 and older. Cohen’s results suggest this trend, called “grey divorce,” may have leveled out in the past decade, but boomers are still divorcing at much higher rates than previous generations did at similar ages.

“One of the reasons for the decline is that the married population is getting older and more highly educated,” Cohen said. Fewer people are getting married, and those who do are the sort of people who are least likely to get divorced, he said. “Marriage is more and more an achievement of status, rather than something that people do regardless of how they’re doing.”

Many poorer and less educated Americans are opting not to get married at all. They’re living together, and often raising kids together, but deciding not to tie the knot. And studies have shown these cohabiting relationships are less stable than they used to be.

Fewer divorces, therefore, aren’t only bad news for matrimonial lawyers but a sign of America’s widening chasm of inequality. Marriage is becoming a more durable, but far more exclusive, institution.