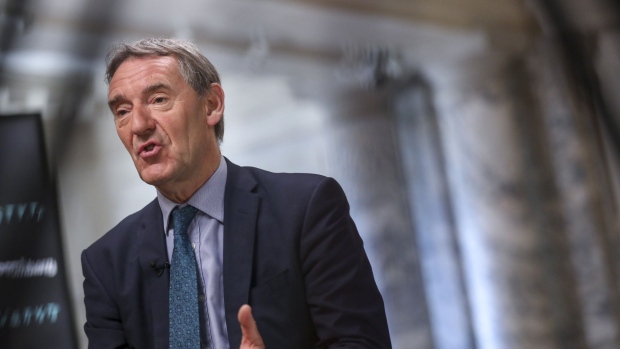 Jim O'Neill, former chief economist Goldman Sachs Group Inc. gestures as he speaks during a Bloomberg Television interview at the 30th edition of "The Outlook for the Economy and Finance," workshop organized by the European House - Ambrosetti in Cernobbio, near Como, Italy, on Friday, April 5, 2019. The workshop, attended by central bankers, politicians and executives, looks at the European economy and financial markets. , Bloomberg

Tighter monetary policy from the central bank will mean the boom in house prices since Covid-19 is “essentially over,” O’Neill, who worked at the Wall Street firm from 1995 until 2013, predicted in an interview on Monday. He’s worried about the “potentially vicious circle” of a weaker pound, more inflation and an even tougher Bank of England.

“Even if you get their intellectual premise I still don’t get why they needed -- in a supposed mini-budget -- to announce so much at the same time,” he said, describing the approach as “cavalier and naive.”

Yet investors are growing nervous. Shares in Britain’s biggest mortgage lender Lloyds Banking Group Plc fell as much as 5.3% on Monday. NatWest Group Plc, another UK-focused bank, tumbled as much as 4.7%.

“Cutting stamp duty to boost the housing market may become utterly irrelevant because of the higher cost of mortgages,” O’Neill said.

He added that a weaker pound would be unlikely to offer a broad boost to UK exports, though it would help American tourists wanting to spend money in Britain.