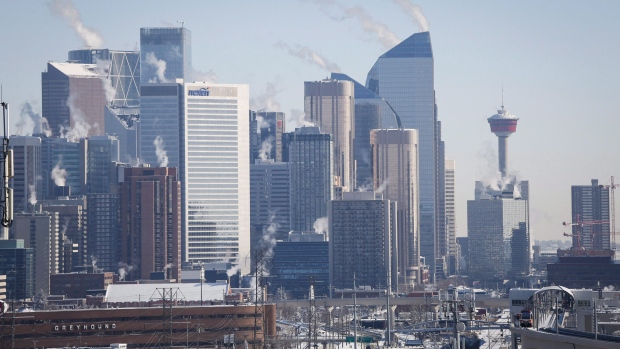 Sharlene Massie, founder of Calgary-based employment agency About Staffing, made great time on her commute from a nearby suburb earlier this week, reaching the city’s empty downtown core in only 15 minutes. The trip in non-pandemic times would take 45 minutes out of her day – but this shortened commute came at a cost.

“Where it used to be booming and bustling downtown, it really is empty,” Massie said, adding that March 2020 marked a stark turning point for the city. “That's when really everything shut down almost permanently. It got colder and drier and emptier, and just stayed there.”

The 2015 downturn in the energy sector sparked the growth in office vacancies, which has continued climbing steadily in Calgary’s downtown area over the past few years.

Then, things got worse. Once the pandemic sent many people to work from their homes early last year and crashed the price of oil into negative territory, the city’s commercial real estate sector was struck by the dual threat. Calgary’s office vacancy rate has nearly doubled since 2015, hitting an all-time high of 28.7 per cent in the third quarter of 2020, according to a report by CBRE.

Greg Kwong, CBRE’s regional managing director in Alberta, said it’s too soon to sound the death knell on Calgary office space, but he expects vacancies to worsen under these conditions before they improve.

“Close to 80 per cent of our office space in the downtown core is occupied by energy companies,” Kwong said. “Their top lines are getting killed right now, so they're scrutinizing every expense line item right now, and two big ones are employees and office space.”

Meanwhile, consolidation in the energy industry is expected to be a continuing trend, according to Jeffrey Craig, an energy analyst at Veritas Research. He said the layoffs stemming from these mergers will lead to more office vacancies down the road, pointing to the cost-cutting measures following Cenovus Energy Inc.’s takeover of Husky Energy Inc.

“They say synergies are $600 million, and $500 million of that will be … largely in salaries and probably leasing that's coming out of the business and is unlikely to come back,” Craig said.

He added that a low oil demand environment is not where large-scale, job-creating energy projects are launched.

“Building an oil sands mine, building a project creates a ton of economic activity. You need a lot less people to maintain [these projects].”

While the downturn in oil hit Alberta’s corporate sector harder than other provinces, COVID-19 was a wild card that shook up office buildings in every major city in Canada – including Calgary.

The future of the work from home trend may still be up for debate, though companies are re-evaluating how much space they will need to lease after the pandemic. Massie said she expects more Calgary firms will continue downsizing to smaller offices.

The trend is changing the landscape of the city. “You can't leave, cannot walk past one building and see that it's even got tenants in it,” Massie said. “You have to go inside to see that people are still operating.”

Still, Massie said she had been hearing from employees who were finding it difficult working from home full time, and were looking forward to returning to the office at least part time. She adds that the province has had its eye on a few sectors like tech, transportation and restorative construction that could see more hiring – and more people – in Calgary’s downtown offices.

“I know that there are lots of other things that are happening in Alberta. We're not dead yet.”