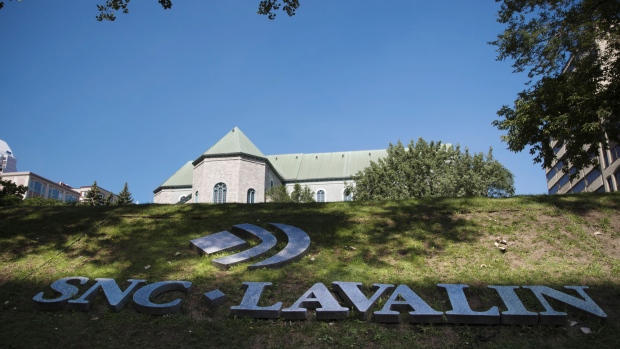 Quebec’s new government is committed to protecting local companies such as SNC-Lavalin Group Inc. (SNC.TO) from hostile offers from foreign bidders and has drawn up a list of 10 “strategic” firms worth preserving.

“The government of Quebec has to figure out what head offices are strategically important,’’ Economy Minister Pierre Fitzgibbon said Thursday in an interview in Montreal. “There is a scale of 1 to 10. Can we intervene for all head offices? No. If we had to buy 20 percent of all Quebec companies that are publicly traded, we would go bankrupt. So we have to be intelligent.’’

Fitzgibbon spoke after Premier Francois Legault called Montreal-based SNC vulnerable to a takeover, saying Quebec should take steps to ensure that Canada’s largest construction and engineering company remain based in the province. SNC shares have dropped about 17 per cent this year through Thursday, raising concern among some analysts that the company could eventually be bought by a foreign rival. SNC has a market value of $8.3 billion.

“Large, homegrown companies play a crucial role in the economy,’’ Louis Hebert, a management professor at the HEC Montreal business school, said in a telephone interview. “It’s not just the head office, it’s all the jobs that gravitate around it -– the consultants, the lawyers, the accountants.’’

Local investors such as the Caisse de Depot et Placement du Quebec and Investissement Quebec –- a financing arm of the provincial government –- could team up to amass a “blocking’’ stake of at least 33 per cent in SNC, Legault said Thursday in an interview with Montreal’s 98.5 FM radio station. SNC could also look to adopt a dual-class share structure to prevent unwanted takeovers, the premier said.

Legault and his team -– elected Oct. 1 on a platform that included pledges to reinforce the province’s economy -- have drawn up a list of 10 “strategically important’’ companies that the government would work to prevent from being acquired, Fitzgibbon said in the interview. He declined to identify them, citing confidentiality reasons.

“We have a list of the companies we cannot afford to lose, others that would be nice to keep, and some that we would be indifferent to losing,’’ Fitzgibbon said. “We have to work upstream, before takeover offers materialize. When a hostile offer is made, it’s too late.’’

Any investment would be made through Investissement Quebec, the minister said.

Investissement Quebec, which oversaw assets of about $10.9 billion as of March “is ready to act today,’’ Fitzgibbon said. “We have available capital, and we can borrow more. The issue is not the source of money. It’s the mandate, and we’re working on that right now. ’’

Besides SNC, cheese maker Saputo Inc. would likely be seen as key by Quebec because its supply base includes several local farmers, as would engineering-services firm WSP Global Inc., Hebert said. Companies such as Bombardier Inc. and CGI Group Inc. likely wouldn’t need protection because their dual-class share structure shields them from unwanted offers, Moore added.

“Losing companies like Alcan and Rona was a blow to the Quebec economy, but many Quebec companies have grown by acquisition over the years,’’ said Karl Moore, a management professor at Montreal’s McGill University. “If you want your companies to be able to expand internationally, you have to put up with the fact some of them are going to be acquired. It’s a two-way street.’’